Things to do in Paris

The City of Lights. The City of Love. The city crammed with tourists eight months of the year! All these clichés about Paris are true, along with many more. No city on earth stirs the emotions like Paris, and even a dozen Paris tours won’t be enough to discover it all. But every great love story starts somewhere, so whether this is your first date with Paris or your fiftieth, here’s our guide to making it an affair to remember.

The symbol of a million France tours, is it Paris’ most interesting attraction? No. Is it one you’ll curse yourself for skipping? Absolutely. Even if you don’t go up, nothing is more Paris than looking out over the Jardins du Trocadero at the city’s most famous symbol. Then go in for a closer look for free from the ground, or skip the queue with a pre-booked ticket for the elevator. You can also buy a ‘stairs’ ticket on the day if you’re feeling energetic. This only takes you to lower second level, but many contend this level offers the best view of Paris anyway. 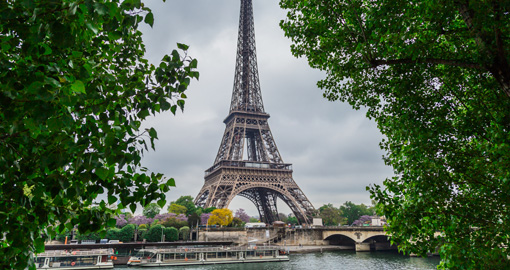 It’s down to personal preference, but most travellers find the Orsay far less overwhelming than the famous Louvre. In addition, exploring the Orsay feels like a pure celebration of the artistic genius cultivated in Paris. Rodin, Monet, Cezanne, Degas, Manet, Renoir, Seurat, Gauguin, Van Gogh… not all French, or Parisian, but all showcased at the Orsay. The building itself is a gorgeous repurposed train station that offers the perfect setting. Avoid visiting on Tuesday when the Louvre is closed. 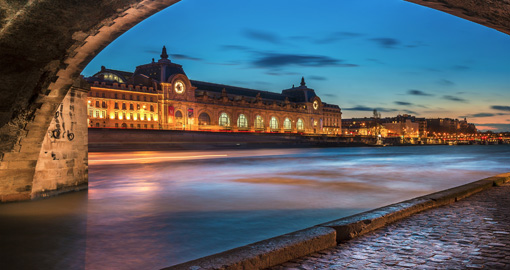 The Towers of Notre Dame

Yes, the towers, specifically. The interior of Notre Dame - the spiritual heart of France - is free to visit and its many Gothic details shouldn't be missed. But the roof and towers are a huge part of what make this grand lady so special. Those gargoyles are worth seeing up close, and they have one of the best views in Paris! Yes, there is a queue. Yes, there is an entry fee. Yes, you have to climb the stairs. Yes, it’s worth it.

Due to fire in April 2019, Notre Dame and its towers are closed to visitors until further notice. 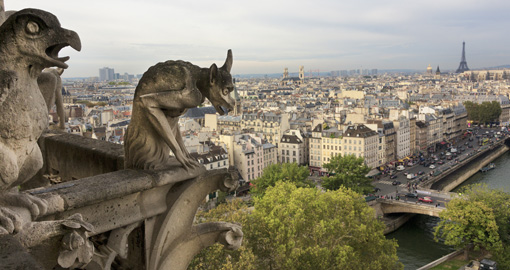 Every traveller should visit The Louvre once in their lifetime, though how you choose to visit will depend on what kind of traveller you are. If classical art is your passion, spend all day here with no apologies. You still won’t see it all. If you just want to see the Mona Lisa and Venus de Milo, that’s fine too. Just take your time between them, and you’ll still enjoy your fill of top-notch art. Avoid visiting on Monday when the Orsay is closed. 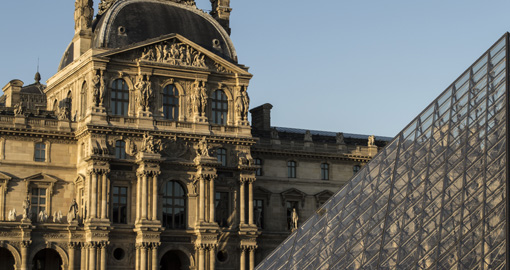 Paris is full of beautiful gardens that are pleasant at most times of the year, but Luxembourg Gardens, just on the edge of the Latin Quarter stand out as both a work of outdoor art and a public playground that delights locals and tourists alike. Pack a picnic for the ultimate Parisian al fresco experience. 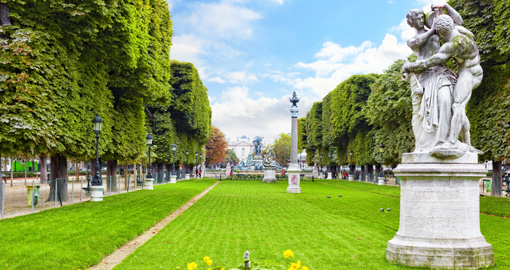 Want to take in the grandeur and beauty of the Champs Elysees without wandering through the crowd? Climb to the top of the Arc de Triomphe at sunset, and watch the City of Lights come to life piece by piece. Then linger to admire this stunning national monument on its own terms. You’ll probably still want to stroll down the Champs Elysees when you’re done. 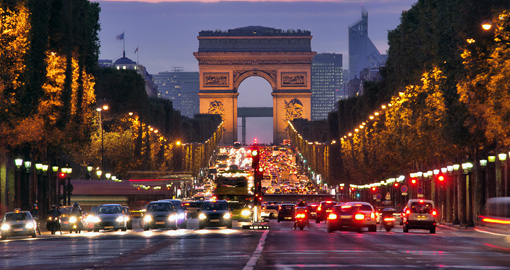 Underground Paris. Population? Six million! While you’ll only see a fraction of the macabre maze that stretches out beneath the city’s feet, it’s enough to get a feel for this fascinating Empire of the Dead. The high season queues are infamous, but you can now collect a time card at the entrance, returning at the designated time for swift entry. This means you don’t lose time queuing, though you may want a plan to fill in your wait time, which may be a couple of hours. Visitors going on a weekday during offseason will often get straight in. 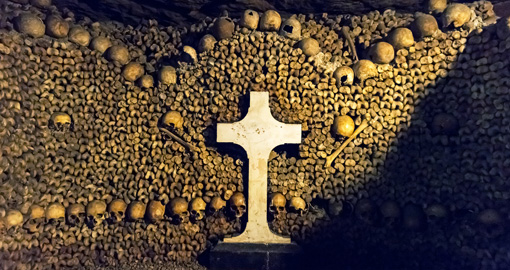 So emblematic of Paris, yet also removed from it, Montmartre was for many years the Bohemian quarter of town, luring artists and free thinkers, as well as the city’s more lurid element. The mix left behind creates one of the most charming local neighbourhoods in Paris. A walking tour is highly recommended to uncover its full story. Just leave your Amelie stereotypes at home. 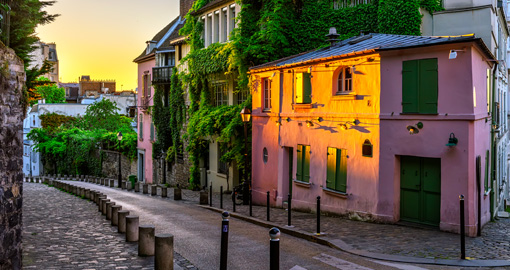 Jim Morrison, Oscar Wilde, Maria Callas, Edith Piaf, Marcel Proust… Find your preferred legend and pay your respects in one of the world’s most picturesque cemeteries. Those buried here must either have died in Paris, or lived there for a substantial portion of their lives. The list of tombs reads like a who’s who of Parisian artistic genius. 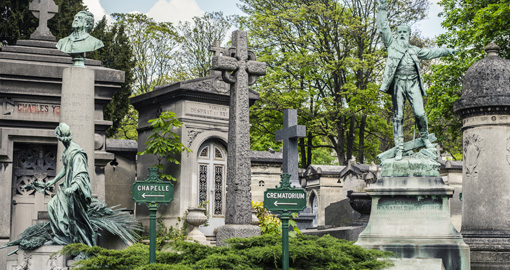 Most every major European city has its grand palace, but there is no other like Versailles (except perhaps the many palaces it inspired!). Between the unending opulence of its rooms and the grand beauty of its gardens, Versailles is a full day trip that probably shouldn’t be attempted on a short trip to Paris unless it’s your top priority. But it is still an essential part of what makes the city so special. 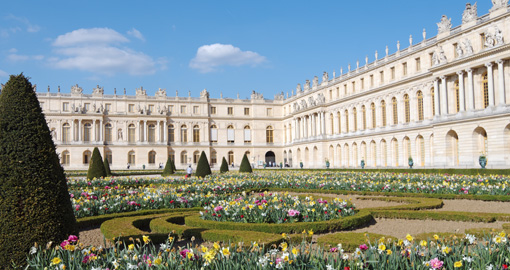 France uses the Euro, and credit cards are accepted most places in Paris. Avoid eating directly in the shadow of major tourist attractions to make the city more affordable. 15 EUR will buy you a delicious, sit-down meal at the cheaper end of the scale, while a 3-course, mid-range dinner for two will run close to 50-60 EUR. 2-3 course pre-fixe menus are your budget’s best friend, an allow you to sample a variety of dishes. Drinking is prohibitively expensive, averaging about 7 EUR for a local beer. The wine is often cheaper (and usually better). At around 10-15 EUR each, the major Parisian museums are extremely good value. There are just so many of them! Consider picking up a Museum Pass if you plan to visit at least three over two days. The pass often gives you queue skipping privileges too.

Stereotypes about Parisian rudeness are old-fashioned and tiresome. Paris may be one of the most romantic cities on earth, but it is also a capital city and a major cultural and economic centre. People live here, and like people in big cities everywhere, they’re busy. A warm bonjour when entering a shop, and a merci when leaving will do wonders for the level of service you receive. Always make an attempt to speak French, and if it fails you, Excusez-moi, parlez vous Anglais? is your faithful standby.

Parisians also appreciate patience, and value a high quality of life. The two go hand in hand, especially when dining, so don’t rush your meals. Similarly, don’t feel like you have to rush around to see all of Paris’ attractions. Many would say it’s better to skip one or two and enjoy the city’s local charms instead.

French is one of the most influential and widespread languages in the world. With the abundance of language tools available to English speakers, you should learn the basics, or at least dust off your high school French before coming to Paris. Make that small effort, and you’ll find the locals much warmer and more forgiving of any mistakes.