Things to do in Wales

Every country has its outstanding and special attractions. Goway has selected its top 12 things to do in Wales (not in any particular order) for you to enjoy on your visit to this destination. 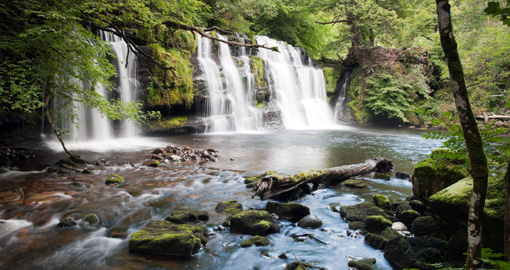 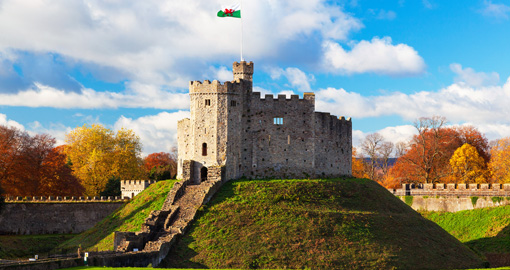 Cardiff Castle is one of Wales’ leading heritage attractions on a Wales vacation and is located within beautiful parklands in the central part of the city. It was originally a Roman fort dating back to 50 AD. Remains of the wall can still be seen. The current building was built by Norman invaders in the 11th Century. Until it was donated to the city in 1947, the castle was the private domain of the Butes, the family who transformed Cardiff from a small town into the world's biggest coal port. In the 19th Century, the architect William Burges created breath-taking, opulent interiors rich with gilding, elaborate wood carving, murals and stained glass. Each room has its own special theme including Mediterranean gardens and Italian and Arabian decorations. 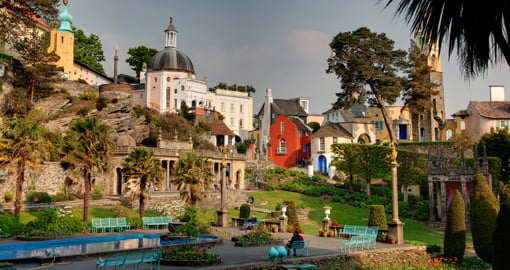 Conwy Castle is a medieval fortification on the north coast of Wales which evokes an authentic medieval atmosphere. It was built by Edward I during his conquest of Wales between 1283 and 1289. Over the next few centuries, the castle played an important part in several wars. Following the outbreak of the English Civil War in 1642, the castle was held by forces loyal to Charles I, holding out until 1646 when it surrendered to the Parliamentary armies. UNESCO considers Conwy Castle one of "the finest examples of late 13th Century and early 14th Century military architecture in Europe”. It hugs a rocky coastal ridge and much of the stone from the castle is largely taken from the ridge itself. The views from the battlements are breathtaking looking out across the mountains and the sea. 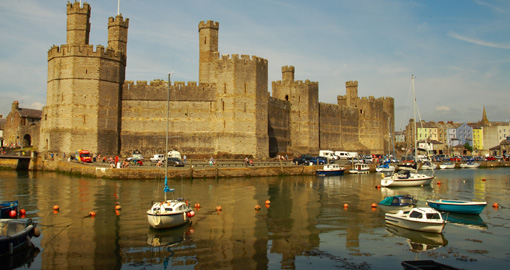 Caernarfon Castle, also known as Carnarvon Castle, is a medieval fortress in north-west Wales. There was a castle in the town of Caernarfon from the late 11th century until 1283 when King Edward I of England began replacing it with the current stone structure. While the castle was under construction, town walls were built around Caernarfon. The castle was neglected until the 19th Century when it was reconstructed. In 1969 the current Prince of Wales, HRH Prince Charles’s investiture took place here. 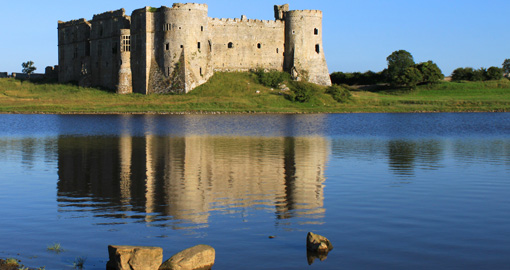 Pembroke Castle is a medieval castle in Pembrokeshire in West Wales and was the original family seat of the Earldom of Pembroke. It was in bad shape until a major restoration took place during the early part of the 20th Century. It is one of the best-preserved and most historically interesting medieval castles and well worth taking the time to explore on Wales vacations. The first structure was built in 1093. It sits on a high ridge. By climbing to the top of the castle towers, you can walk on sections of the wall which is 6 metres/19 feet thick and rises to a height of 23 metres 75 feet. The view of the surrounding countryside from the top justifies the climb up the steps. 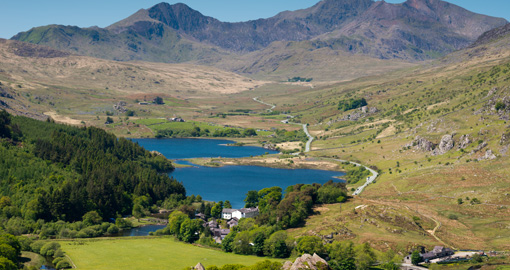 Snowdonia is a mountainous region in north-west Wales and a large national park, one of three in Wales. The name for the area derives from Snowdon which is the highest mountain in Wales at 1085 metres/3560 feet. Many of the hikers in the area concentrate on Snowdon itself as it is regarded as an exceptionally attractive mountain. The Snowdon Mountain Railway runs to the summit. There are also some spectacular walks in Snowdonia on the lower level mountains. The park has 2380 kilometres/1480 miles of public footpaths. Rare animals in the park that can be seen include otters and polecats. There are also rare birds including the osprey, peregrine and the merlin. Llanberis is a village at the foot of Snowdon. It is a popular centre for outdoor activities on a Wales vacation including walking, mountaineering, climbing, mountain biking and pony trekking as well as water sports such as scuba diving. The international fell foot race known as the Snowdon to the summit of Snowdon begins in this village.

The beautiful Brecon Beacons are one of four ranges of dramatic mountains and hills in South Wales which make up the Brecon Beacons National Park. It contains some of the finest scenery in southern Wales and includes mountain plateaus of grass and heather, wooded, valleys with waterfalls and green, rural landscapes. There are four distinct regions within the park, the wild, lonely Black Mountain with its high moors and glacial lakes, Fforest Fawr (with rushing streams and spectacular waterfalls, the Brecon Beacons themselves, a group of very distinctive, flat-topped hills that include Pen-y-Fan, the park's highest peak and the rolling heathland ridges of the Black Mountains (not to be confused with the Black Mountain). There are several medieval castles such as Carreg Cennen Castle, which is perched high up on a craggy hill. The park is ideal for hiking, mountain biking, horseback riding, rock climbing, camping and fishing. One walk is along Beacons Way which is 161 kilometres/100 miles in length. Pen-y-Fan is the tallest peak and one of the most popular places for hikes. 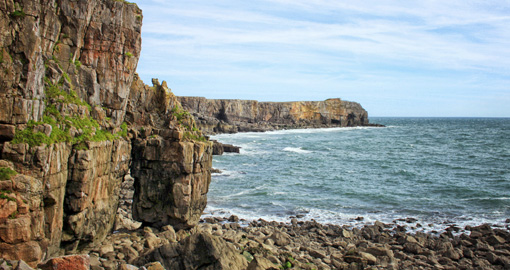 The Pembrokeshire coast is wild and dramatic. It is a great place for wildlife, water sports and walking on a Wales vacations. It was established as a National Park in 1952 and is the only one in the United Kingdom to have been designated primarily because of its spectacular coastline. It is one of three National Parks in Wales. The landscape is varied with rugged cliffs, sandy beaches, wooded estuaries and wild inland hills. However, not all of the park is coastal and there are forests and marshes on the edges of the park. The Pembrokeshire Coast Path is a designated National Trail and is 300 kilometres/186 miles long, mostly at cliff-top level. 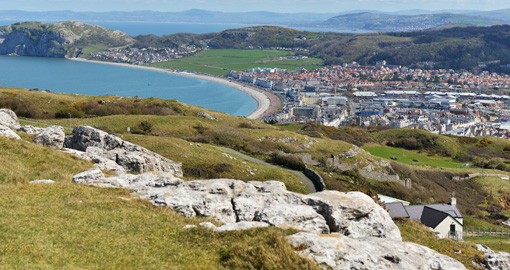 This is Wales' biggest seaside resort. It straddles a peninsula with long sandy beaches on either side. It was originally developed as an up market holiday town for Victorian visitors and today, still retains, a lot of its 19th Century grandeur. It has a typically British pier. Llandudno's main attraction is the Great Orme, a striking, rough-hewn headland where you can have breathtaking views of the Snowdonia mountain range. There is a network of walking paths through woodland and across grassy knolls - the Summit Trail and Woodland Trail, the latter leading to the ruins of Llys Euryn, a historic 15th Century house and a 6th Century hilltop fort. 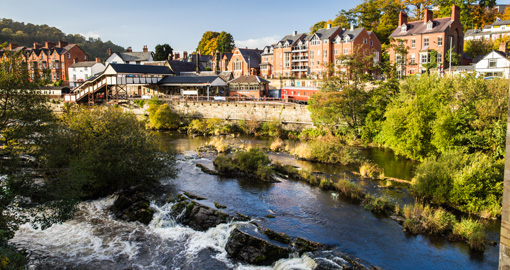 Every second week in July since 1947, the town has hosted the International Musical Eisteddfod. More than 300,000 competitors from over 100 nationalities have performed enthusiastically on the Llangollen stage taking part in concerts, competitions and workshops involving singing and dancing. This one-week event attracts over five thousand singers, dancers and instrumentalists from around 50 different nations. The evening Gala concerts over the years have attracted some the biggest names such as: Luciano Pavarotti, Placido Domingo, Dame Shirley Bassey, Bryn Terfel, Kiri Te Kanawa, and the Red Army Ensemble. There is also a Fringe Festival held around the same time which includes performances of music, comedy and dance.

Betws-y-Coed translates as “Prayer House in the Woodland” and is a village in the Conwy Valley in North Wales. It is a pretty village and is the gateway to Snowdonia and, as such, is a good place to use as a base for exploring the region on a Wales vacation. Attractions in the village itself include the Conwy Valley Railway Museum, the 14th Century St. Michael’s church and the nearby Llyn Elsi reservoir, popular with walkers and anglers. A miniature railway pulled by a steam engine will take you on an 8 minute trip around the grounds of the museum.

Portmeirion is situated on the north-west coast of Wales and is famous for being a replica in miniature of a picturesque Italian village. It was the brainchild of Sir Clough Williams-Ellis (1884-1978) who dreamed of recreating an Italian village in Wales. Portmeirion is located on a promontory next to the beautiful Gwylt Gardens. There is also a hotel in the village, formerly a mansion owned by the creator, plus shops, restaurants, gardens, and beaches. Surrounding the village are 70 acres of woodland walks. 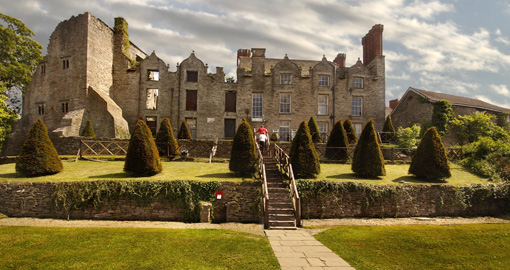 Located on the border with England in south-east Wales, Hay-on-Wye is a small, pretty market town which is known for its literary associations. It has been described as “The Town of Books” and is the National Book Town of Wales. There are possibly as many books in bookstores as people in the town. Every year, a major literary festival is held called the Hay Festival which attracts thousands of visitors over a 10-day period at the beginning of June. It brings together well-known writers from around the world to discuss and share stories. Other attractions in and around Hay-on-Wye are the Thursday Market, offering a myriad of items, the fortress and castle dating back to the 12th Century and the nearby countryside, perfect for short and long scenic walks.