Things to do in Malta

Every country has its outstanding and special attractions. Goway has selected its top 11 things to do in Malta (not in any particular order) for you to enjoy on your visit to this destination. 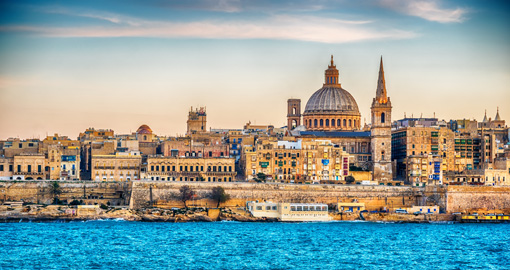 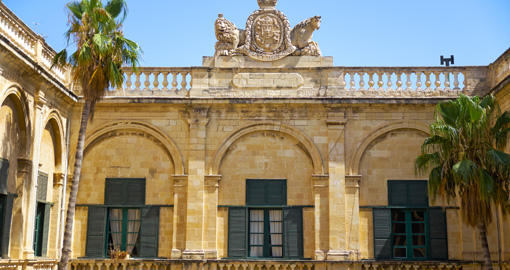 This was once the seat of power for the Order of the Knights of St. John and served as the Governor’s Palace during British rule. Today, it is the Office of the President. It was originally built in the 16th Century. Parts of the building are open to the public on Malta vacations. The Palace State Rooms are where the Council Chamber is home to a rare collection of exotic tapestries depicting hunting scenes from different continents and where the State Dining Room is adorned with portraits of the Presidents of Malta and one painting of Queen Elizabeth II. Also open is the Palace Armoury with one of the most prominent arms collections. 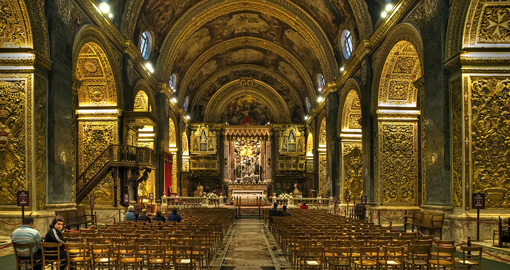 St John's Co-Cathedral is an impressive church built between 1573 and 1578It was the place where the Knights would gather for communal worship. It is richly decorated inside its walls and entering the cathedral for the first time is an awe-inspiring experience. One of its greatest treasures is a huge painting of John the Baptist by Caravaggio. The Cathedral Museum houses illuminated choral books and a magnificent collection of 17th Century Flemish tapestries based on drawings by Rubens. 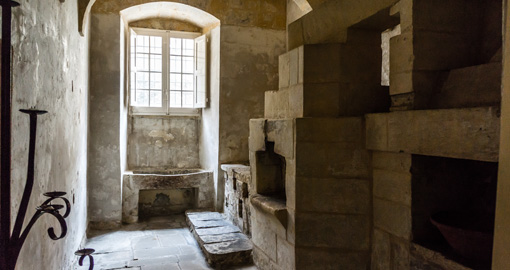 The Inquisitor’s Palace was the seat of the Inquisition in Malta between 1574 and 1798 during the majority of the Knights’ rule. Apart from being the palace of the Inquisitor, it also housed the tribunal and prisons at the time. ‘After the inquisition was abolished during the French occupation of Malta in 1798, the palace was used for a number of purposes. It has been a museum since 1966, known as the National Museum of Ethnography since 1992. The building is one of the few surviving palaces of its kind in the world and the only one which is open to the public. The most fascinating part of the building is the former prison cells with their elaborate carvings of prisoners on the walls. Particularly sinister is the torture chamber, with its rope contraptions for extracting confessions. 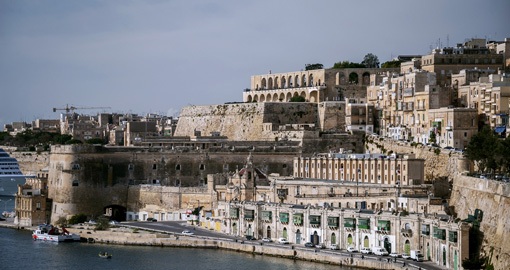 The fortifications are a series of defensive walls and other fortifications which surround the capital city of Valletta. Although ancient, they are very impressive today and the best way to view them on Malta vacations is to walk completely around the edge of the city on top of the walls looking down on the two harbours. The walk is circular so you can start anywhere but the best place is the City Gate, the main entrance to the City. Valletta is only 1 kilometre/0.6 miles long. 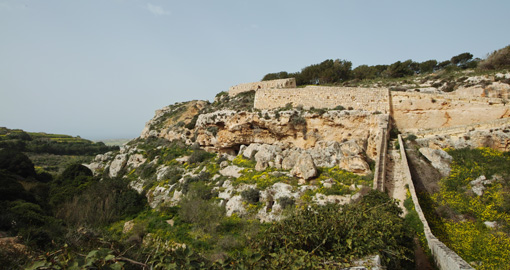 This is a subterranean necropolis only discovered in 1902 and a UNESCO World Heritage Site. It is a series of halls, chambers and passages hewn out of a rock. It is believed to date back to around 3600 to 3000 BC with an estimated 7000 bodies buried here over a period of nearly 1000 years. It is among the best-preserved examples of a Maltese temple. Visits start with a short film before you descend into the underworld in a group with a guide. The complex consists of three layers each with multiple rooms. The most impressive room is a carved copy of the above-ground temples cut into the rock. Being underground, it has been far better preserved than the actual temples. 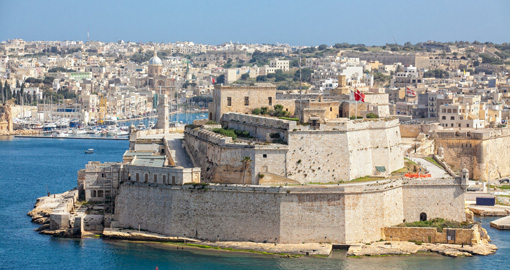 Guarding the entrance to Valletta’s harbours is Fort St Elmo named after the patron saint of mariners. The fort was built by the Knights and was the fort that bore the brunt of Turkish arms during the Great Siege of 1565. After restoration and renovation, the fort opened to the public in 2015, containing the exceptional National War Museum. You can visit the parade ground and the 1559 chapel where Knights fought to the death during the siege trying to protect the altar.

The Museum, housed in the baroque Auberge de Provence building and once home to the Knights of St. John, has exhibits ranging from Malta’s Neolithic period (5000 BC) up to the Phoenician Period (400 BC). These include the earliest tools used by the prehistoric people in their daily life and give an insight into their daily existence. Highlights include the 5000-year-old statuette of the “Sleeping Lady” and the “Venus of Malta”. 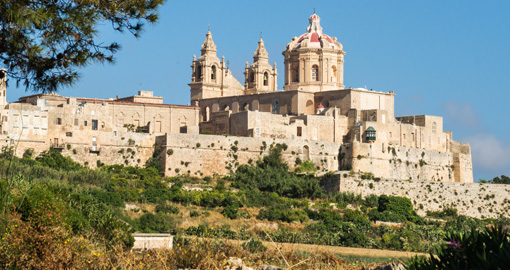 Malta’s old capital, Mdina, has been known under a number of different names based on its rulers and its role over a span of 4,000 years since it was founded. Mostly known as Citta Notabile (The noble city), it has been home to Malta’s most noble and dignified families. Here, on Malta vacations, you will see a mix of baroque and medieval architecture in the winding streets and the well-preserved churches, majestic palaces and fortified walls. It is all reminiscent of an outdoor museum. The city is still confined within its walls. The 17th Century Mdina Cathedral contains ornate marble work and excellent ceiling paintings. 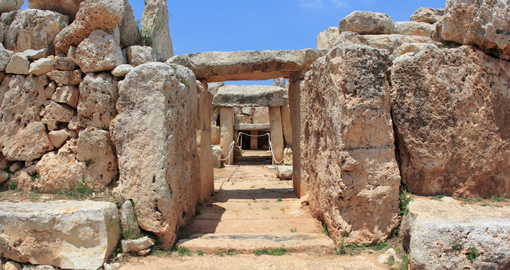 Mnajdra is probably the most atmospheric of all of Malta’s temples. It is a complex site consisting of three temples. The oldest temple dates back to 3600-3200 BC. The most impressive of the Mnajdra temples is the third with its largely intact façade constructed in 3150–2500 BC. The temple of Hagar Qim was excavated in 1839 and dates back to 3600 – 3200 BC. It stands on a hilltop overlooking the sea and the islet of Filfla, a short walk from Mnajdra. Unearthed at Hagar Qim was a decorated pillar altar, two table altars and some statues, all now on display in the National Museum of Archaeology in Valletta.

The Island of Gozo 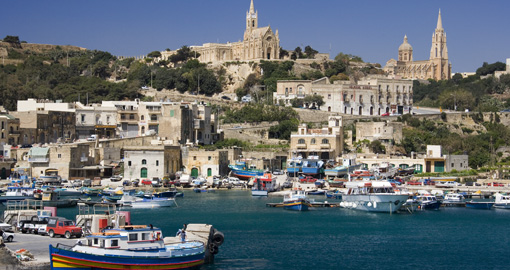 This is a quiet and peaceful island with beautiful beaches and pleasant countryside. It is also home to the Temples of Ggantija and the seaside Resort of Xiendi. The legendary Calypso’s Cave here is thought to be from Homer’s Odyssey. Baroque churches and old stone farmhouses dot the countryside. Another aspect of Gozo on Malta vacations is the diving sites along the spectacular and rugged coastline. There are submerged shipwrecks and amazing marine life together with caves, chimneys, arches and tunnels. 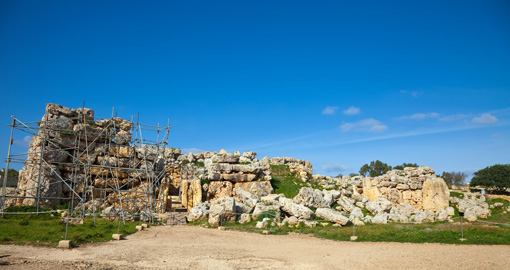 This is one of the most important archaeological sites in the world and dates from around 3600 to 3200 BC making them 5500 years old. It is a megalithic temple complex from the Neolithic age and older than the pyramids in Egypt making them the world's second oldest existing man-made religious structure. The temples have elements of a ceremonial site for a fertility rite. Due to the gigantic size of the megaliths, locals believed that the temples were the work of giants, hence the name Ggantija, Maltese for a giant.