The Best Time to Visit Portugal

Once one of Europe’s best-kept secrets, Portugal has since become the destination on everyone’s lips, with no sign of slowing down. While that means an easy destination full of great experiences for travellers, this boom in popularity has brought a downside… seasonal over-tourism!

DELUXE | PRIVATE-GUIDED: Experience the best of Portugal from north to south on this journey to Porto, Lisbon, and the Algarve. Enjoy private guided tours in Porto and Lisbon to discover their history, cruise along the Douro River and enjoy a wine tasting. Finally, bask in the warm sunshine and sunny beaches of the nation’s south.

The Best Time to Visit Portugal

While Portugal is still a great summer destination, the last thing Lisbon needs is to swell with tourists every summer, only to become a ghost town full of empty short-term rentals in winter. You can keep it sustainable while helping yourself avoid the crowds and save some cash. Here are some top reasons to dive into Portugal off-season. 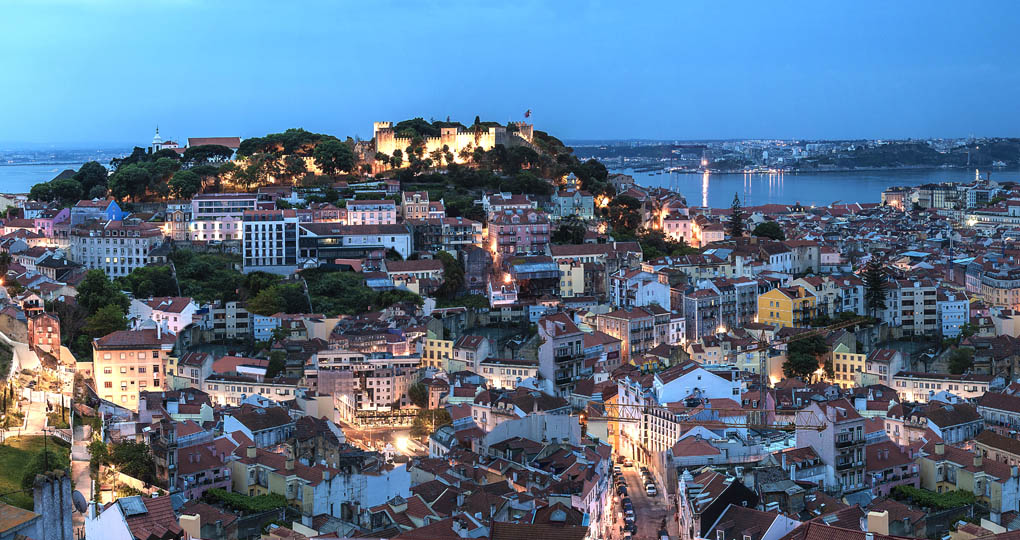 The Weather is Pretty Great Year Round

‘Winter’ is a relative concept in Portugal. Temperatures rarely dip lower than 5C/40F, while peaking well above 12C/54F each day. It can get a little rainy, particularly around November and December, but light layers are key! Pack a sweater, a windbreaker, and a light rain jacket, because it’s probably all you’ll need to keep out the winter chill in Portugal. If you don’t have your heart set on lazy beach days, winter is also an amazing time to experience the culture, cuisine, and beauty of the Algarve without the big summer crowds. 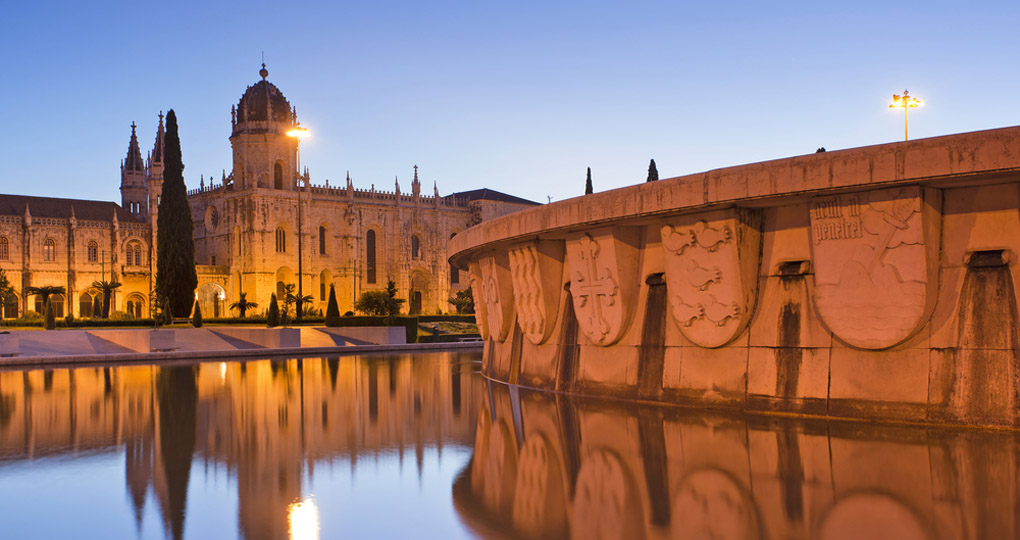 Lighter Crowds – Better for you, and for Portugal!

Top attractions in Portugal can feel more like Disneyland than Europe in the high season. Nothing quite takes away the romance of being lost in Lisbon’s Alfama or the whimsical majesty of Pena Palace like ducking and weaving through a sea of gobsmacked faces. These incredible sights look just as good under winter, spring, or fall skies, so spread the love.

It makes a big difference to accommodation too. There’s nothing wrong with coming to Portugal in the summer, especially when it comes to regions like the Algarve that thrive on the tourist economy. But cities like Lisbon and Porto are about much more than tourism. When tourists descend in droves all at once, it doesn’t just cram the city with crowds and long lines. It inflates demand for accommodation and ‘holiday’ rentals, creating housing shortages for locals and leaving all those apartments empty off-season. As Venice, Amsterdam, and Prague have all found out, that’s unsustainable, and ultimately bad for tourists too, since it distorts and spoils the very city culture they’ve come to experience (who wants to visit a ‘city’ with no locals?). Visiting off-season and helping spread the tourism load is a small, but effective way to help these cities keep their authentic character. It’ll be cheaper too! 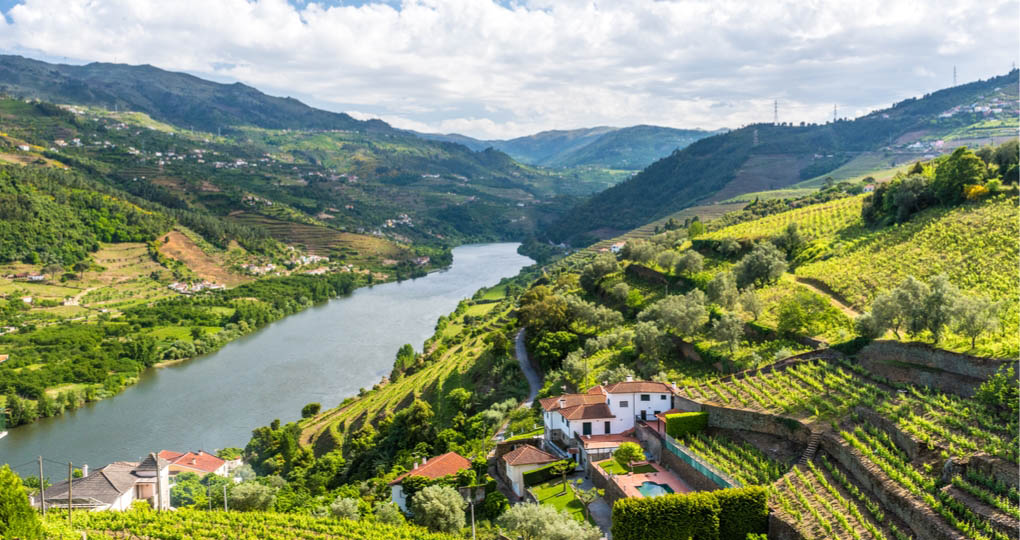 Porto is a fantastic city to visit at any time, and the port houses of Gaia, on the southern shore of the Douro River, are an essential Porto experience. Each February however, the Essência do Vinho festival turns the city into a wine taster's paradise. We’re not just talking port, either. Hundreds of wine producers from around the country and beyond descend on Portugal’s second city, with many events and markets open to the public.

If you’re not visiting in February, you can still take yourself on a tasting tour through such famed port houses as Graham’s, Taylor’s, Sandemans, Ramos Pinto, and many more. With dozens of port houses to choose from, make note of any favourites you may already have and see if they offer tours. Then, combine a few of the big names with boutique producers you can’t find at home. Many offer onsite dining or even rooftop bars overlooking the Douro, a fantastic backdrop for your port cocktail in shoulder season.

Those shoulder seasons are also a great time to visit the Douro Valley and sample its wines directly from the source. Besides the port, Portugal is famous for its green wine or vinho verde, made from grapes picked just three to six months prior.

The Biggest Waves on Earth

In summer, the seaside town of Nazare feels like a charming holdover from another travel era. Local grandmothers wave their cardboard signs advertising flats to let, traditional seaside hotels line the golden sands of Nazare Beach, while hole-in-the-wall restaurants that have served locals and tourists for generations beckon you with delicious cash-only menus.

Come here in winter though, and you’ll see an incredible ‘only in Nazare’ sight. Watch as some of the world’s top surfers tackle the world’s biggest waves. Brave the chilly winds for the best clifftop views from Forte de São Miguel Arcanjo, or watch from the shores of North Beach. Best of all, surf competitions keep at least some of the town open year-round, which can’t be said for many beach resorts. 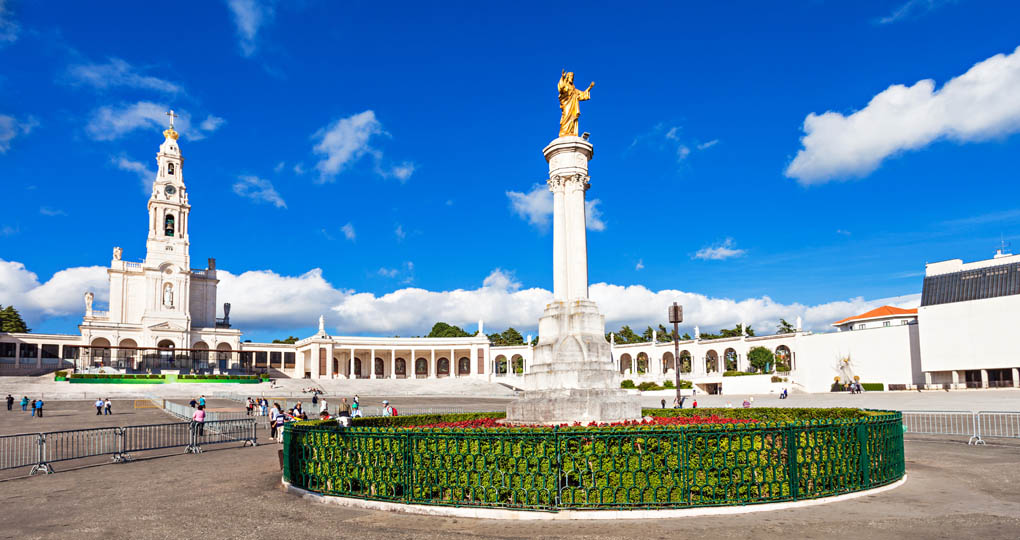 Every Monastery Has Its Own Story

Spectacular cathedrals and monasteries aren’t in short supply throughout Europe. Portugal stands out, however, with unusual and sometimes macabre stories that’ll tempt you inside year-round.

The most famous is Belem’s Jeronimo Monastery, just outside of Lisbon. Built in the Manueline style, combining gothic and Moorish influences, it stands out with sheer architectural opulence. Explore it inside and out, then stop into Pastéis de Belém, skipping the line for a leisurely light lunch of Portuguese favourites including bacalao (salted cod) croquettes and pasteis de nata (egg tarts).

Head north to Central Portugal, and you’ll soon come to three of Portugal’s most important convents and monasteries, as well as a famous pilgrimage site. The city of Tomar is forever linked to the history of the Templar Knights, and the silent walls of one of their final bastions, the Convent of Christ, still watch over the city today. A short drive west will bring you to Batalha Monastery, a flamboyant gothic masterpiece that took over 200 years to build. Never quite finished, it’s nonetheless a spectacular structure that houses the tombs of King João I and Henry the Navigator among others.

Not far away lies Fatima, an important pilgrimage site for Catholics where the Virgin Mary is said to have appeared to three young children. The last of Central Portugal’s monasteries houses the final chapter in the country’s saddest, most romantic, or most unsettling love story, depending on your point of view. We won’t spoil it here, but the tale of Pedro and Ines begins with a murder that took place in the university town of Coimbra. 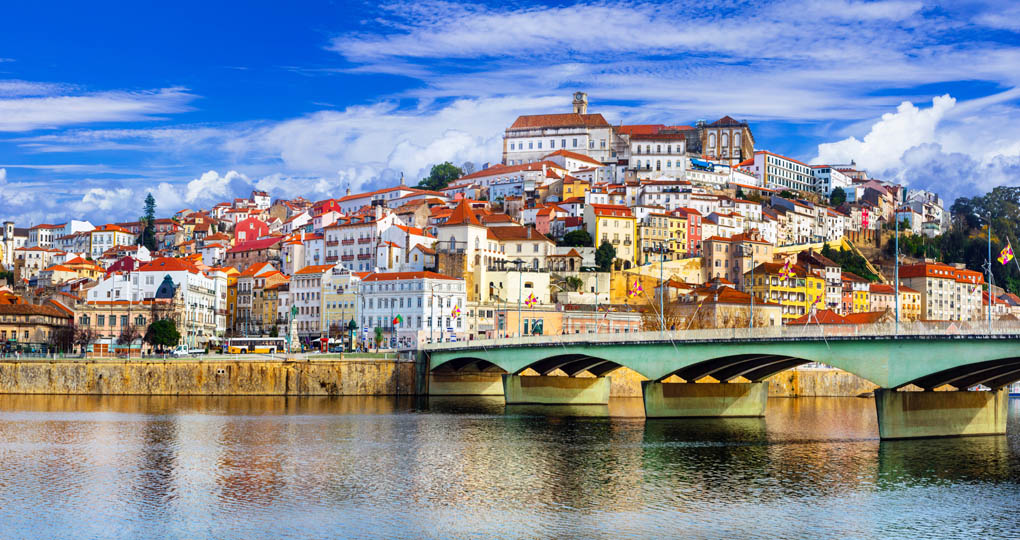 See Coimbra While the Class is In Session

The hilltop University of Coimbra is the oldest in Portugal and is to this day, one of the most prestigious universities in Europe. Its collections are open to the public, though some including the famous Joanina Library require a guided tour. The main advantage to visiting Coimbra off-season of course is that the students will be in town, bringing Coimbra to life at its most vibrant. It’s also not unusual for students to hit the town dressed in their university robes (getting into Coimbra is something to be proud of, after all).

There are a couple of significant sights to see away from the university. One is the Church of Santa Cruz, the final resting place of Portugal’s first king, Pedro I, and Fonte das lágrimas, where Queen Ines was murdered, starting the long and strange love story that ended at Alcobaça Monastery.

Written in partnership with Portugal Tourism. 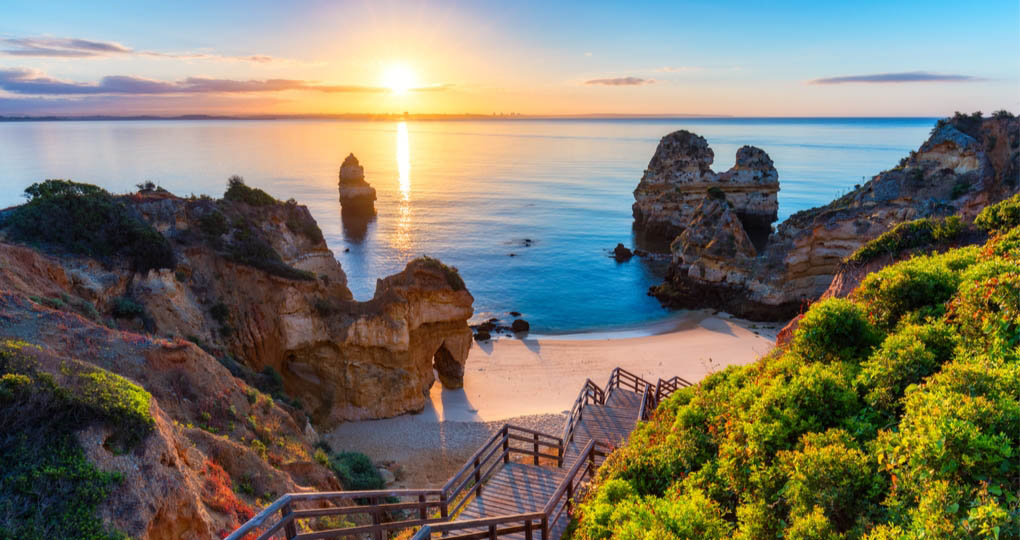 DELUXE | TAILOR-MADE: Experience the contrast between the urban cityscape of Lisbon and the tropical island of Madeira on this delightful 8-day program. Discover Lisbon's main attractions like the Jeronimos Monastery and Discoveries Monument. Fall in love with colourful castles of Sintra and Pena Palace. Then, in Madeira, spend your days at leisure or join an excursion to discover this laid-back island.

DELUXE | TAILOR-MADE: Experience luxurious hotels and unique experiences across Portugal on this romantic vacation. Discover the flavours of Port in the Douro Valley, swim off rocky beaches in between wellness treatments in the Algarve, and watch a Fado show and explore historical landmarks in Lisbon.