Although not necessarily known for its nature and wildlife, Jordan offers a surprisingly rich diversity of animal and plant species. There are also many conservation efforts in place to combat issues such as deforestation and overhunting that pose threats to the natural landscapes as well as the animals of Jordan.

The Royal Society for the Conservation of Nature (RSCN) was established in 1966 with the goal of preserving wildlife both on the Jordanian mainland and in the Gulf of Aqaba’s coral reef and coastline. The RSCN was the first non-governmental organization of its kind in the Arab world. The Society carefully controls hunting by setting the hunting seasons in Jordan, designating hunting areas and setting the maximum quota of animals to be hunted. The use of automatic weapons as well as shooting from vehicles has been outlawed. Other conservation initiatives include six nature reserves as well as a further nine that have been proposed. 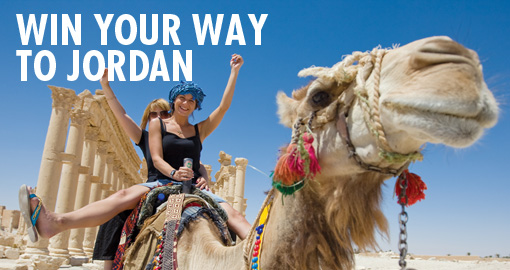 In Jordan, there are more than 70 species and subspecies of mammals. Due to the desert landscapes found in the country, only nature’s most hardy and adaptable creatures survive. Mammals like the Asiatic jackal, the desert fox, the striped hyena as well as wolves and camels are some of the larger species that call Jordan home. The Arabian or white oryx, Jordan’s national animal, was almost completely extinct in the wild by the middle of the 20th century. Successful breeding campaigns were initiated in the 1960s and gradually, oryx were released back into the wild of Jordan, Oman, Saudi Arabia and Israel.

With its location at the junction of the Mediterranean and Arabian regions, Jordan lies on one of the world’s major bird migration routes that see birds come and go from three continents, Europe, Asia and Africa. As a result of this migration route, onwards of 220 migratory bird species journey through the country on their way either north or south. A further 150 species are indigenous to Jordan.

At Goway we believe that a well-informed traveller is a safer traveller. With this in mind, we have compiled an easy-to-navigate travel information section dedicated to Jordan.

Learn about the history and culture of Jordan, the must-try food and drink, and what to pack in your suitcase. Read about Jordan's nature and wildlife, weather and geography, along with 'Country Quickfacts' compiled by our travel experts. Our globetrotting tips, as well as our visa and health information, will help ensure you're properly prepared for a safe and enjoyable trip. The only way you could possibly learn more is by embarking on your journey and discovering Jordan for yourself. Start exploring… book one of our Jordan tours today!

After your Jordan tours, why not consider one of Goway's Europe Tours

Book your Jordan tour with Goway!

AfricaExperts is the exclusive division of Goway that specializes in planning and organizing Jordan tours and experiences. Choose from a simple city stopover,  a small group tour, a holiday of a lifetime, a stay of distinction, a beach stay and much more. We want to be your first choice when next you go globetrotting to Jordan.