Bulgaria: Things to do

Every country has its outstanding and special attractions. Goway has selected its Top 11 Things To Do in Bulgaria (not in any particular order) for you to enjoy on your visit to this destination. 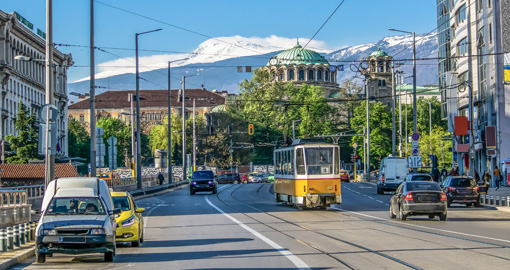 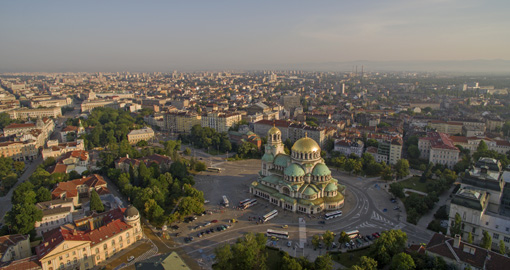 This is a major landmark and one of the most visited and outstanding buildings architecturally on a Bulgaria vacation. It is a huge imposing church built at the end of the 19th Century in memory of 200,000 Russian soldiers who died fighting for Bulgaria’s independence from the Ottoman Empire (1877/78). It is one of the largest Eastern Orthodox cathedrals in the world and can hold up to 10,000 people. It has a gold-plated dome and a bell tower with 12 bells. The interior is decorated with Italian marble, murals, chandeliers and thrones.

The National Palace of Culture, Sofia 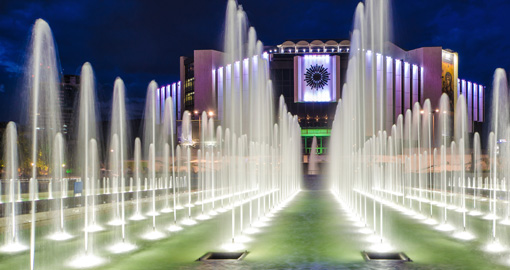 The National Palace of Culture is a sprawling hexagonal building made primarily of grass and concrete, and was designed by a Bulgarian architect during communist-era Bulgaria. It is Europe’s largest conference centre and is used for events ranging from art exhibitions to musical concerts. , Thousands of exhibitions and shows take place year round. Large bright murals depicting historical figures and events cover the main interior wall. It is home to over 80 monumental works of art including paintings, sculptures, mosaics, murals, woodcarvings and metal works, created by leading Bulgarian artists from the second half of the 20th Century. The Sofia International Film Festival takes place here.

The Museum Of Socialist Art, Sofia

This museum showcases the artwork created during Bulgaria’s socialist period by notable painters and sculptors of the time. There is an indoor gallery and an outdoor sculpture park, There are a number of sculptures depicting famous leaders, most notably Vladimir Lenin and Joseph Stalin. This collection endeavours to exemplify the advances in art achieved during the socialist period. Most of the exhibits on display are of "trials of the partisan and resistance movement during World War II. Some of the paintings depict the theme of "eternal friendship" between Bulgaria and the Soviet Union. 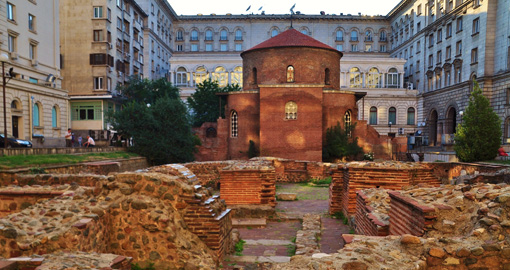 This is considered the oldest building in Sofia and the remains of the ancient town of Serdica, built in the 4th Century by the Romans. It is also famous for its 12thh, 13th and 14th Centuries’ frescoes inside the dome. Other frescoes have been discovered, the earliest dating back to the 10th Century of 22 prophets over 2 metres/6 feet tall. Painted over during the Ottoman period, when the building was used as a mosque, these frescoes were only uncovered and restored in the 20th Century. 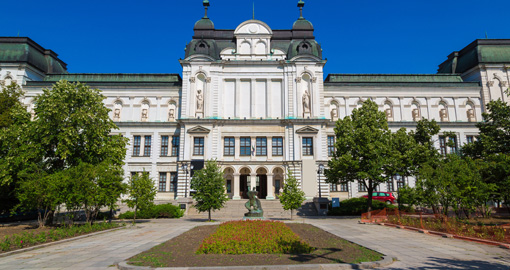 The National Gallery on Aleksander Nevsky Square has around 42,000 Bulgarian and foreign artists’ works of art for visitors on a Bulgaria vacation to enjoy. The Bulgarian collection dates back to the 1890’s, while the greater part of the foreign collection was formed in the 1980’s.The gallery houses not only examples of contemporary and National Revival art but also the country's largest collection of medieval paintings, including more than 4,000 icons, a collection comparable in quality and number only to the Benaki Museum in Athens. Among the better-known paintings here are works by Bulgarian artists from the early to mid 20th Century. The art is mainly concerned with rural life and the lives of peasants. 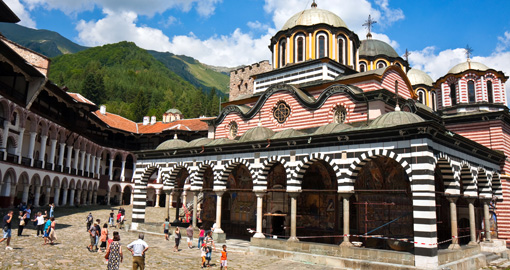 This is Bulgaria’s most famous monastery and has been a spiritual centre for 1000 years and regarded as one of Bulgaria's most important cultural, historical and architectural monuments. The monastery’s fortress-like complex is large and within its stone walls you will find colourful architecture and religious art. Rila Monastery is extremely popular with both pilgrims and interested visitors. The most important thing in the church is the icons carved out of wood. There are wall paintings done by Bulgarian artists. The monastery has its own library with its store of important Bulgarian documents including 250 manuscript books from the 11th and 12th Centuries, 9000 printed books and a collection of 35,000 icons, wood carvings and other cultural items. 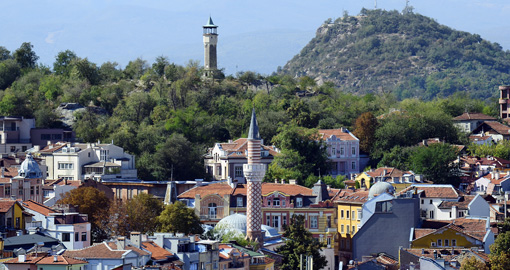 Like Rome, Plovdiv is located on seven hills. It is known as Europe’s oldest continuously inhabited city and is full of colourful 19th Century mansions that are now museums, galleries and guesthouses. It is known as a cultural city due to it being the European Capital of Culture. The city draws many visitors to its music and art festivals on Bulgaria tours. There is an International Folklore Festival during the first weekend in August with parades, singing and dancing. The Roman Amphitheatre, built the 2nd Century AD but not discovered until 1972, hosts large-scale events and concerts. The Hindlian House, once owned by a merchant, has an amazing collection of period furniture in relatively good condition. The walls are painted with beautiful landscapes. The cellar is host to wine from the Bulgaria Museum and Oenology Collection and conducts wine tastings. The main street of Plovdiv is wide and pedestrianized lined with cafes and shops. When the weather is nice, you can sit outside and watch the world go by. The Philipopolis Art Gallery is Bulgaria’s first private art gallery and contains works by 19th and 20th-century Bulgarian artists. Every year on September 28, all galleries in Plovdiv open early and stay open into the wee hours of the night and admission is free. The Archaeological Museum in Plovdiv has over 60,000 items in its collection, including Thracian and Roman Pottery and jewellery, icons and ecclesiastical artifacts. 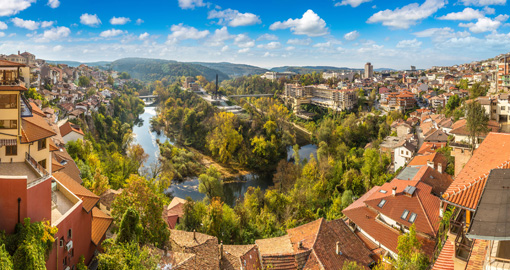 Veliko Tarnovo is a town rich in history and traditions. Once the capital of Bulgaria, it is now a quiet small town with a beautiful castle and monasteries worth exploring. It has the second-largest university in Bulgaria. The attractions are the cobblestone streets and the fortified walls, the views from the castle and Samovodska Charshia, the best-known street in the town. With a large number of antique shops and local craft shops. Tsarevets Fortress, which dominates the skyline, is a medieval dating from 1185 to 1393. It is considered one of the most popular attractions in Bulgaria and the highlight of a visit here. It has the remains of more than 400 houses, 18 churches, a royal palace and an execution rock. 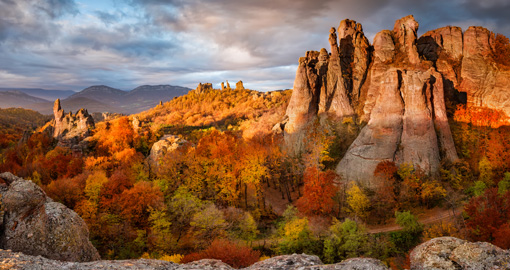 The massive Belogradchik sandstone and limestone rock formations cover a large area. And reach a height of 200 metres/650 feet. They were sculpted over millions of years. The rocks, with their strange shapes, are located on the western slopes of the Balkan Mountains near the town of Belogradchik in northwest Bulgaria. The rocks vary in color from red to yellow. They are often named for people or objects they are thought to resemble such as Adam and Eve, the Mushrooms, the Schoolgirl, the Bear, the Dervish, the Shepherd Boy, the Lion, the Camel, the Madonna and the Horseman. 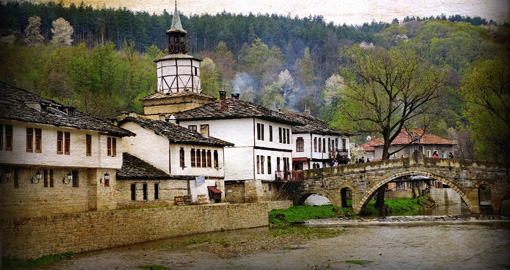 The Museum of Wood-Carving in Tryavna was the place where the Tryavna Artistic School, the oldest in Bulgaria, was set up. It originated at the end of the 17th Century and developed icon painting, wood-carving and construction. These were also the three main crafts the local masters took up. This is the only museum devoted to wood carving. There are 3 main types of wood carving. The best-known is called Shepherd’s Carving, which is the simplest kind, the wood-carving used for everyday objects, such as spoons, salt shakers, cigarette boxes, etc. Almost the entire interior of the typical Tryavna house was decorated with wood carvings including furniture, ceilings, doors, columns etc. The museum exhibits some of the best examples made by Tryavna master wood-carvers. There is also a where wood-carving techniques are demonstrated and wood-carving tools are displayed. 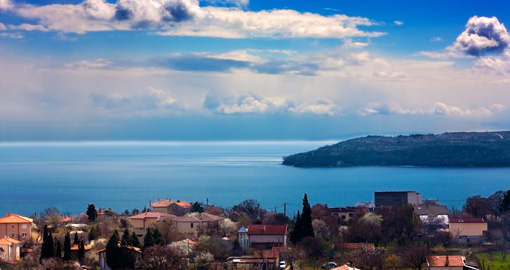 Bulgaria's long Black Sea attracts not only Bulgarians but people from across Europe and beyond on a Bulgaria vacation. The big, purpose-built resorts here have become serious rivals to those of Spain and Greece. Varna is the third-largest city in Bulgaria and during the summer, is a major beach destination. It is commonly known as “The Sea Capital of Bulgaria”. It is replete with restaurants, bars, clubs and nightlife. Besides the beach, you can spend time on cultural pursuits at the Museum of History, the Ethnographic Museum and the Museum of the Revolution plus several other museums. Primorski Park stretches for 8 kilometres/5 miles with several cafes, an aquarium and a summer theatre. Pobiti Kamani, also known as the Stone Forest is about 16 kilometres/10 miles from Varna where there are several large caves that used to be grottos which can be explored. 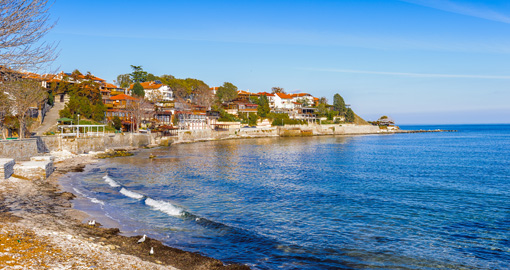 Burgas is Varna’s rival resort and the second-largest city on the Bulgarian Black Sea coast. It is a lively, well-kept city with a neat, pedestrianized centre, a long, uncrowded beach, an attractive seafront park and some interesting museums such as the Archaeological Museum, the Natural History Museum and the Ethnographic Museum. It is surrounded by four lakes which represent the largest wetland system in Bulgaria. The area is home to around 260 bird species.