Things to do in England

Every country has its outstanding and special attractions. Goway has selected its top 11 things to do in England (not in any particular order) for you to enjoy on your visit to this destination. 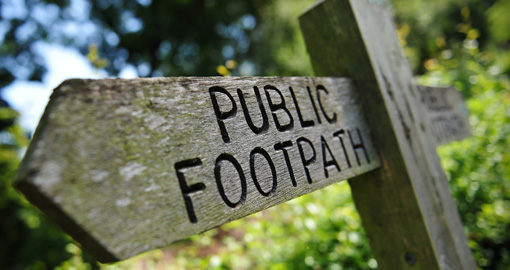 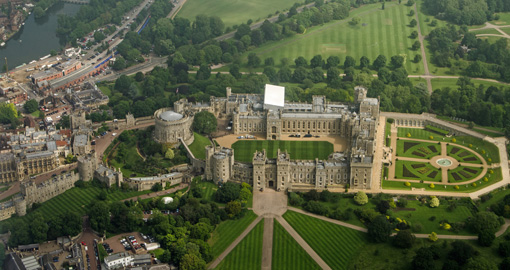 Windsor Castle is one of the four homes of the Royal Family. The castle, which is the oldest and largest occupied in the world, was originally built for William the Conqueror in the 11th Century. On an England vacation, you can visit the State Apartments with their art treasures including original paintings by Rubens, Rembrandt, and the Queen Mary’s Dolls House. This is a miniature royal palace with miniature replicas of thrones, crown jewels and much more. It contains around 1000 works of art. St. George’s Chapel is a royal mausoleum containing the tombs of Henry VIII, Charles 1, and George VI among others. Stroll through Windsor Castle’s attractive grounds and then, just beyond, into the Windsor Great Park. Nearby is the prestigious Eton College where many British politicians were educated, and Runnymede, the site of the signing of the Magna Carta in 1215 AD. 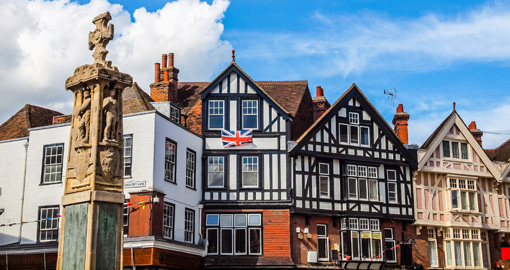 Canterbury Cathedral is the seat of the Archbishop of Canterbury, head of the Anglican Church in the UK. The Cathedral Archives holds a wealth of manuscripts, photos, maps, and other records which date back as far as the 8th Century. The city has an attractive medieval centre and Canterbury Castle is the ruins of a Norman castle built in the 11th Century. “Canterbury Tales” is an exhibit in St. Margaret’s Church, which is a reconstruction of 14th Century Canterbury. Tours are conducted by a guide in traditional costume through some of Chaucer’s Tales. They also introduce you to some of the writers’ characters. The Canterbury Roman Museum has exhibits from the Roman period of occupation of Britain, and the Canterbury Royal Museum and Art Gallery have exhibits of both traditional and contemporary works. 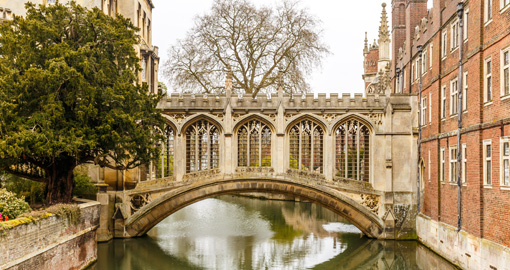 The number one attraction on a trip to England here is the University. Just like Oxford, Cambridge consists of 31 colleges which make up the university. Recommended is a cruise on the River Cam or renting a punt to view the colleges from a totally different perspective. For music lovers, there is the famous King’s College Christmas Eve Service or, any Sunday evening during term time, attend Choral Evensong at the same venue. There are several outstanding museums in Cambridge, which include the Fitzwilliam Museum with its half million exhibits from 2500 BC to the present day, and the Polar Museum where you can learn about Captain Scott’s Antarctic expeditions. The Museum of Archaeology and Anthropology includes a collection from Captain Cook’s expeditions around the world. 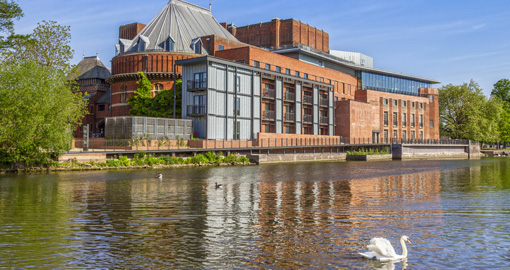 Stratford-upon-Avon was the home of William Shakespeare and today is a pleasant picturesque market town with the attractive River Avon flowing slowly through the centre. Here you can attend theatre and music festivals, which cover drama, opera, and dance. Regarding Shakespeare himself, you can take in 5 houses relating to the famous bard; one being where he was born, which offers a glimpse into Shakespeare's early world, and another being Anne Hathaway’s Cottage, where he wooed his wife, a thatched farmhouse with beautiful grounds and gardens. You can also visit Tudor World, an exhibit which brings to life the 16th Century. The town itself has a range of shops and fashionable stores to fill your time. 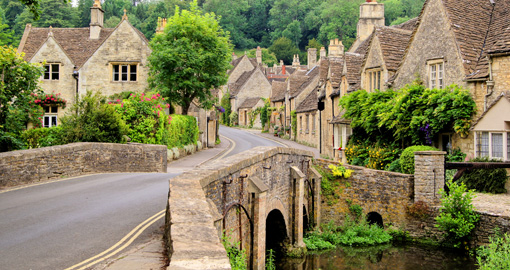 The Cotswolds have been described as the “quintessential English countryside”. It is a region of quaint small villages and beautiful, gently rolling countryside. It also contains some historic castles and stately homes. Broadway is one of the most picturesque villages with a selection of antique and quality shops. Morton-in-Marsh is a lively market town dating back to the Saxon era with elegant 17th and 18th Century buildings. Stowe-on-the-Wold is well-known as a centre for antiques. Situated on the Roman Fosse Way, it dates from being a prehistoric fortified settlement. The Market Square is large, and impressive, and surrounded by houses, shops, and inns all built in local Cotswold stone. Chipping Campden is one of the best preserved and most historically important towns in the Cotswolds. Bourton-on-the-Water has been called the prettiest village in the Cotswolds, often referred to as the "Venice of the Cotswolds". It contains a model village which is a replica of Bourton-on-the-Water. 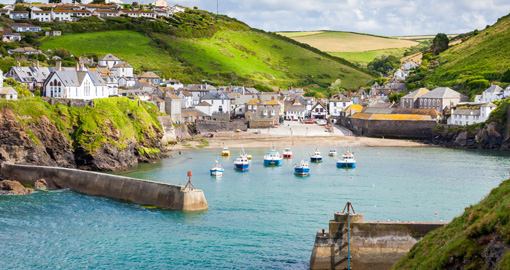 Cornwall offers not only beach vacations but stunningly scenic coastal scenery on an England vacation. Inland are some dramatic landscapes which can be remote and wild. Cornwall is surrounded on three sides by the English Channel and the Irish Sea. It has miles of sandy beaches and dramatic cliff scenery. The largest resort is Newquay, the capital of Cornish surfing. St. Ives with its harbour and winding cobblestone streets is an arts centre with numerous galleries and craft shops. Tintagel is the supposed birthplace of King Arthur and has an imposing castle perched on the top of a cliff. St. Michael’s Mount is a small island reached when the tide is out with a castle and chapel and is the counterpart to Mont St. Michel in Normandy, France. Rocky Land’s End is the most westerly point in England. Other pleasant and quaint resorts are the fishing villages of Bude and Polperro. 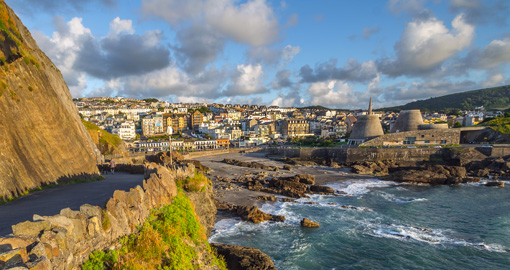 Devon has a number of beach resorts; the best-known is Torquay, with its milder winter climate located in the heart of the “English Riviera”, is perfect as a centre to visit the numerous other smaller resorts and fishing villages on the South Devon Coast. Dartmouth is an attractive historical town with a picturesque harbour and is home to the Royal Naval College. The 15th-century castle and the Dartmouth museum feature a collection of ship models and other artifacts. The largest city is Exeter; with its Roman wall, 15th-century cathedral, and underground passages below the city. There are also wonderful scenic walks along the estuary of River Exe heading towards the sea. Devon has two National Parks: Dartmoor and Exmoor. This is English countryside at its wildest. The landscape is rugged, beautiful, and dramatic; home to all types of wildlife, including wild ponies which roam the moorland. Just north of Exmoor, on the coast, are the picturesque twin towns of Lynton and Lynmouth. Bath has a rich history as a spa town; with some of the world’s best-preserved Roman bathhouses built over 2000 years ago. The city was fortunate to be founded on top of natural hot springs. Here, on a trip to England, you can partake in a therapeutic bath or just look around the Great Bath, which is geothermal heated. The Building of Bath Museum is one of the most interesting museums in Bath; detailing the history of this Georgian city. Bath is also famous for excellent Georgian architecture, especially the well-known Royal Crescent; a semicircular terrace of townhouses which overlooks the Royal Victoria Park. Built between 1767 and 1775, the houses appear to be exactly the same from the outside, but inside no two houses are alike. Number One Royal Crescent is open to the public. Another example of Georgian architecture is The Circus consisting of 3 terraces of 33 mansions. Bath has an enormous abbey built in the 16th Century; one of the last medieval churches to be built. Stonehenge is located in the county of Wiltshire, unfortunately, you can only view it from a distance as it is fenced off. It is a ring of very tall stone pillars and a prehistoric monument. Thought to be constructed around 3000 BC as a burial ground. The big mystery of Stonehenge is the actual stone used was not local but from Wales around 320 kilometres/200 miles away. How these mammoth stones were transported to this spot has been a mystery. 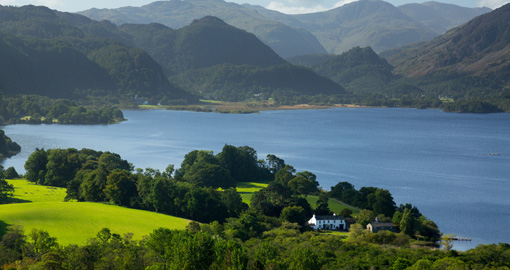 The Lake District is not just a region but a scenic National Park; made up of serene lakes, rugged mountains rising from the sides of the lakes, and several attractive British market towns. With its green fields, stone cottages, dry stone walls, and rolling fells, the landscape of the Lake District is charming. The principal lakes are Coniston, Windermere, Ullswater, and Derwentwater. For a different perspective take one of the boat cruises on the larger lakes. For the energetic on an England vacation, short walks or long hikes are enjoyable in the Lake District. The market towns of Keswick, Ambleside and Coniston are all charming. Browse small shops, have a hearty but tasty English afternoon tea, and stop at the many traditional pubs for a pint William Wordsworth; the famous English poet used to live at Dove Cottage on the edge of Grasmere. Beatrix Potter spent much of her time in the Lake District. Hill Top, a 17th Century house near Hawkshead, was her home and open to the public as a writer's house museum. York is a city with a medieval centre and Roman Wall; with ramparts, you can walk. The York Minster, the largest medieval cathedral in Northern Europe, is a beautiful Gothic edifice and seat of the Archbishop of York. It is the second-most important Anglican Church in England, after Canterbury, dating back to the 13th Century. In the interior are over 200 intricately carved heads and figures. You can climb the tower for amazing views of York. Shambles is a picturesque street; in the 19th Century, there were over 20 butcher shops on this narrow cobblestone street. Today it is lined with Tudor-style buildings, that seem to be crowded together, almost hanging over you. There is an abundance of wonderful museums in York. The National Railway Museum is the largest railway museum in the world. It houses more than 100 locomotives including Stephenson’s Rocket, the world’s first steam locomotive. The Yorkshire Museum exhibits artifacts from the Roman occupation era: models, maps, mosaics, and dinosaur fossils. The Castle Museum offers displays of life in York over 400 years ago: reconstructions of a Victorian street, a prison cell that housed highway robber Dick Turpin, and more.