Make 2022 the Year to Experience the Wonders of France

For the past two years, people haven't been able to experience all that France has to offer. Luckily, that has changed and travellers are once again heading to France to visit the Eiffel Tower, cruise the Seine River, and enjoy the delights of Provence and the French Riviera.

As travellers return to France, we’ve revitalized our French travel packages to offer a broader travel experience. We’ve emphasized deluxe accommodations and private-guided tour experiences, increased the number of wine and food tours, and put together packages that take travellers beyond Paris. Make 2022 the year to immerse yourself in French culture and experience all the flavours, history, and landscapes the nation has to offer.

The Flavours of the Loire Valley, Burgundy & Champagne 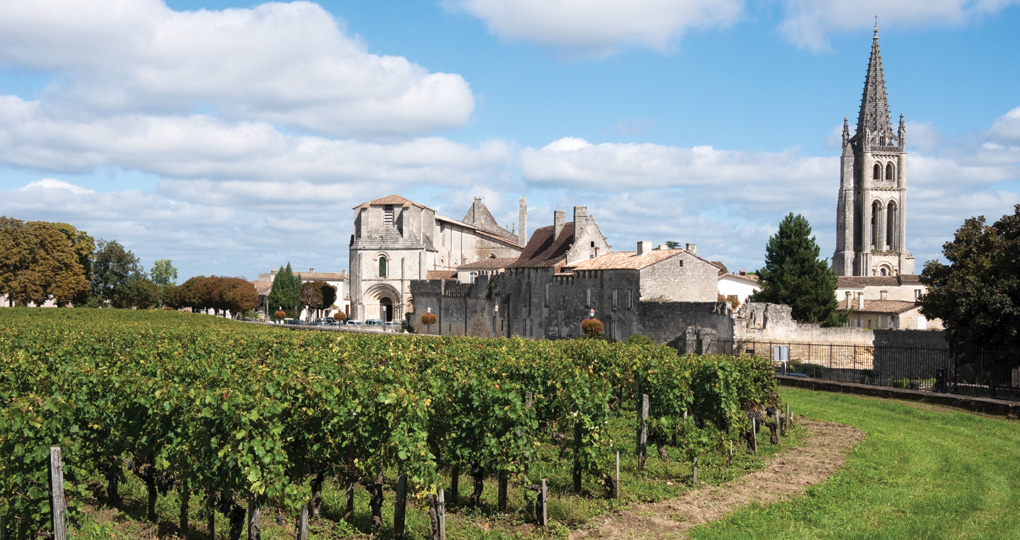 It’s worth going to France for the food and wine alone. This shouldn’t surprise anyone. French cuisine remains a favourite all around the world, and, predictably, you’ll find the best French food in the country itself. Paris is a famous food city, but you’ll find culinary wonders beyond the French capital in the likes of Lyon and Bordeaux. Champagne and Burgundy (and Bordeaux) are famous for their wines and offer endless opportunities to visit wineries and try celebrated vintages.

Inspired by France’s 2021 campaign, “Vallee de la Gastronomie,” we’ve launched two travel packages that take travellers on a culinary journey through France. France for Foodies starts in Paris to explore the bohemian streets of Montmartre. It then heads southwest into the Loire Valley to Tours and Bordeaux to visit bakeries, fromageries, and bistros and showcase all manner of renowned wines at wineries throughout the region. You’ll also stop by some stunning chateaux as an added bonus. The Deluxe Epicurean Trail connects visitors to the celebrated wine and food regions of Lyon, Burgundy, and Champagne. Unlock culinary traditions on city walking tours and visit several wineries in each region to taste celebrated vintages, including Moet et Chandon, the makers of the prestigious Dom Perignon Champagne (James Bond’s favourite drink after a vodka martini).

DELUXE | PRIVATE-GUIDED: Discover the flavours of France on this wine and food tour through three key regions. Visiting Lyon, Burgundy, and Champagne, you’ll tour celebrated food makers, taste world-renowned wine vintages, and explore some of the loveliest cities and pastures in Western Europe.

The Historic Beaches of Normandy 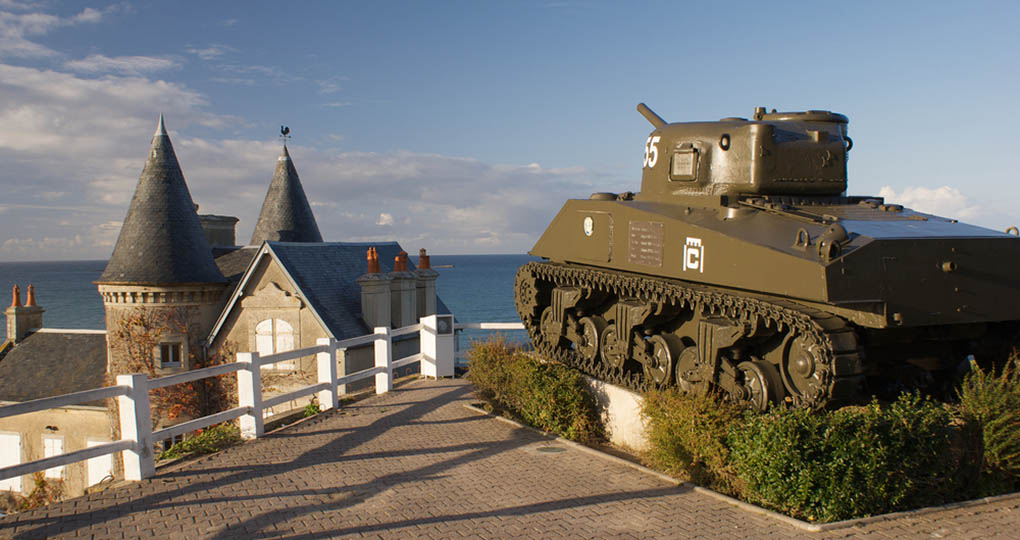 Normandy, the northwestern region of France which sits along the coastline of the English Channel north of Paris, has long been one of France’s most fascinating historical regions. It’s where you’ll find the Bayeux Tapestry, one of France’s greatest artifacts, which depicts William the Conqueror’s 1066 invasion of England. It’s also where you’ll find the fairy tale island abbey of Mont Saint-Michel. But perhaps most important to North Americans, it’s home to the beaches of D-Day, where Allied troops launched a massive amphibian invasion of occupied France in World War II. Our historical tour, French History & Culture, takes in all these important sites and also includes a day in Paris and a visit to Versailles and Giverny, home to Claude Monet’s garden home. 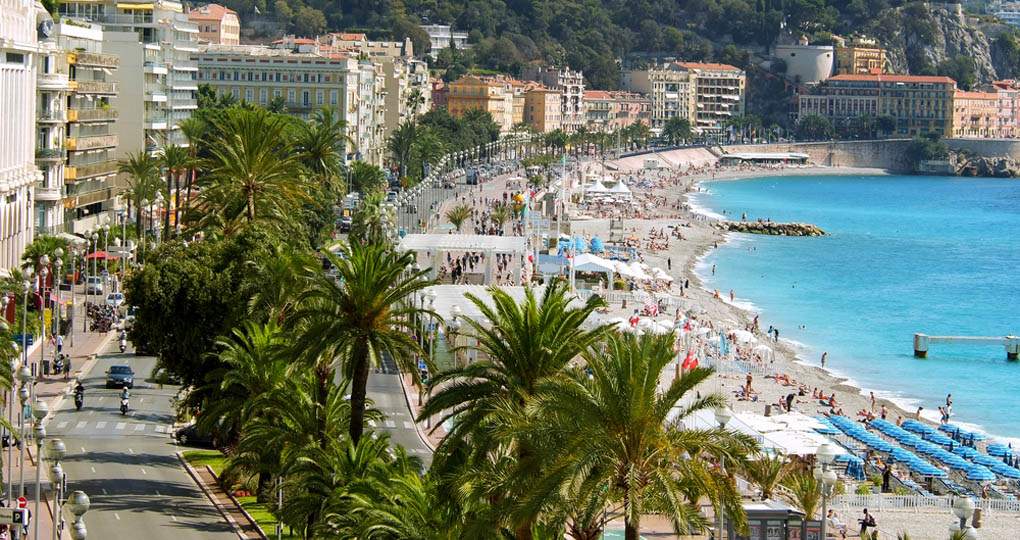 Just because we’ve broadened our offerings to include more food, wine, and history tours doesn’t mean we’ve ignored the classics. Quite the opposite. We’ve reinforced our tried-and-true vacations with new day trips and more exclusive offerings on classic French travel packages to Paris and Provence. Paris, Provence & the French Riviera takes travellers to Paris and then to some of the most popular towns and cities of Southern France, including Aix-en-Provence, Saint-Remy-de-Provence, Antibes, and Nice. It also includes visits to lesser-known spots such as the Villages of Luberon, Eze, and La Turbie. This tour is especially stunning in spring, when the country is in full bloom, lavender fields are full, and you can spend your days in gardens or on the beach. You can also combine Paris with London for a surefire city combo with A Tale of Two Cities. Visit two of Europe’s most popular cities on one itinerary.

FIRST-CLASS | TAILOR-MADE: You're invited to spend time in two of the world’s greatest cites, London and Paris. You'll also get to know the English countryside with a day tour to Warwick, Stratford-upon-Avon, the Cotswold’s and Oxford, and later, visit the remarkable Palace of Versailles and climb up the Eiffel Tower for spectacular views of the City of Light.

A Signature View of Paris 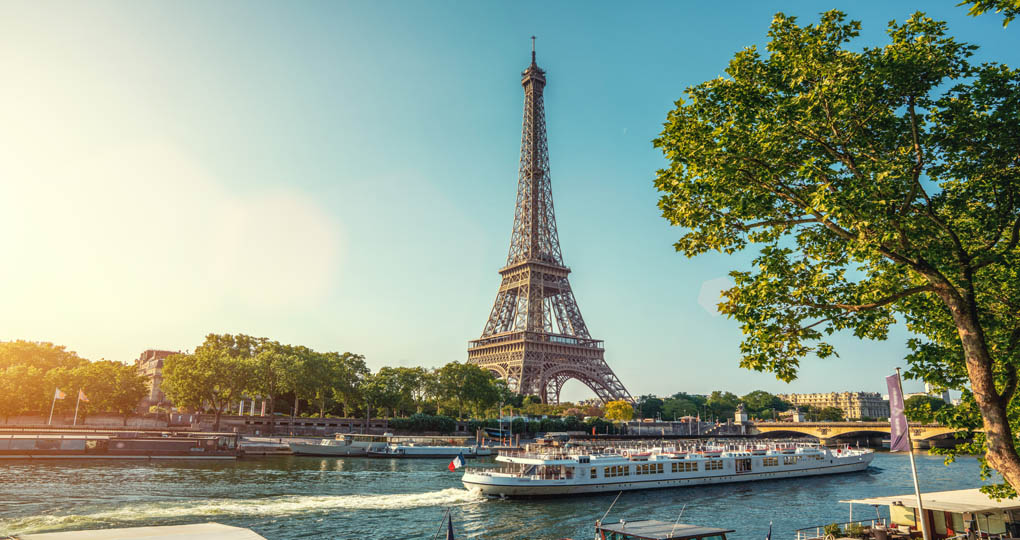 We’ve also got packages that are perfect if you’re staying in Paris and want to see it on its own or using the city as a starting or ending point for a longer vacation. The Paris Signature package is the ultimate way for a traveller to have exclusive experiences touring the City of Light. Stay in first-class hotels and explore the city on a private tour that takes in famous landmarks such as the Eiffel Tower, Notre Dame, and the Arc de Triomphe. It also includes a day trip to Versailles to explore the Sun King Louis XIV’s opulent palace, an evening tour of the Louvre, the world’s largest museum, and a show at the famous Moulin Rouge. It’s a perfect 5-day stay in the City of Light.

The Grand Tour of France 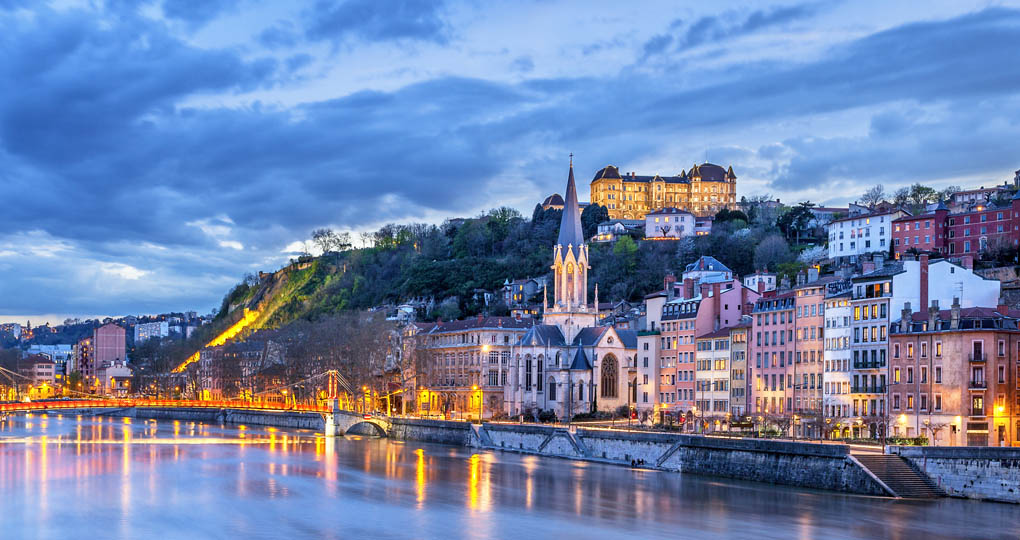 We’re introducing a new vacation package that is ideal for travellers who want to see the whole of France on a single tour. Inspired by Catherine de Medici, the queen consort to French King Henry II in the 16th century, the Grand Tour of France circles the country and offers a refined combination of historical landmarks, cultural highlights, beautiful natural landscapes, and memorable food and wine experiences. This 25-day French vacation starts in Paris before connecting to Champagne, Lyon, Provence, the French Riviera, Bordeaux, and the Loire Valley before ending in Normandy. It highlights the best of each region and includes first-class accommodations and a variety of tour types, including walking food tours, wine tastings, and river cruises.

FIRST-CLASS | TAILOR-MADE: This 25-day journey of France explores its rich diversity, history and culture combined with experiences. See the City of Light and climb the Eiffel Tower, sip Champagne and stay in a Chateau, experience the gastronomic capital of the world, visit charming towns and villages in the South, taste Bordeaux wines from its vineyards, explore Chateaux and wine in Loire and discover the historical significance of Normandy and the unmissable Mont Saint Michel.