Things to do in Luxembourg

Every country has its outstanding and special attractions. Goway has selected its top 14 things to do in Luxembourg (not in any particular order) for you to enjoy on your visit to this destination. 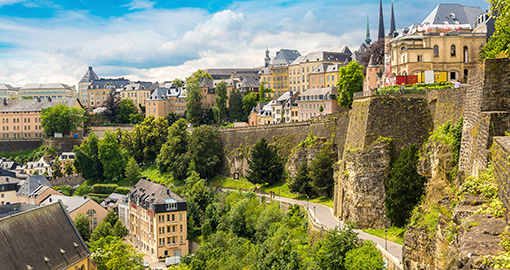 The centre of the city also known as the Old Quarter is a UNESCO World Heritage site. This is due to many things including its medieval fortifications originally built in the 10th Century. The most interesting parts of the fortress have survived along with a 23 kilometre/14 mile long network of underground galleries called the Bock Casemates, first constructed in 1644. This tunnel network includes a dungeon, a prison and the Archaeological Crypt considered the city’s birthplace. You can walk along the top of the ramparts of the fortifications and enjoy some dramatic views of the city below on a Luxembourg vacation. The old quarter is made up of narrow streets, heritage buildings, interesting squares and palaces. 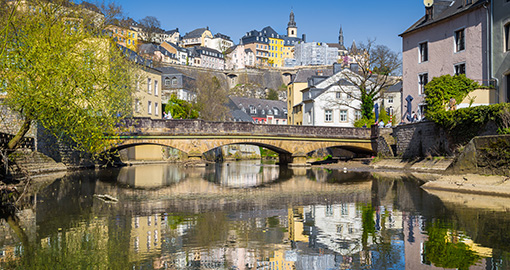 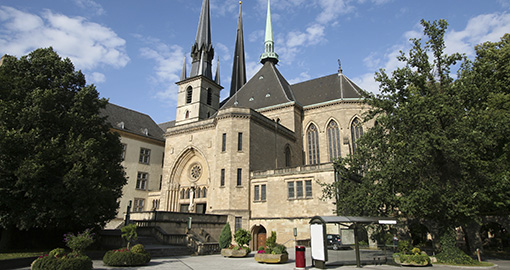 There are two major churches in the city. The Notre Dame Cathedral was built in the early 1600’s and is noted for its distinctive black spires, its ornate renaissance portal and its 19th and 20th Century stained glass windows which contrast interestingly with the rest of the 17th Century church. The Neumunster Abbey is a 17th Century Benedictine abbey which has bronze statues created by an artist called Lucien Wercollier who in 1942 refused to create Aryan artworks and was imprisoned by the Nazis in this building. 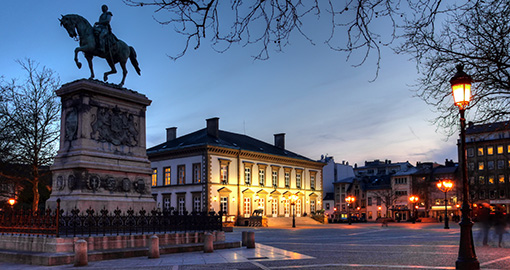 A square which must be visited on a Luxembourg vacation is the Place Guillaume II which is the heart of Luxembourg's historic Ville Haute quarter. This elegant square is ringed by trees and houses the Luxembourg City Hall built in 1838 and the statue of the former Grand Duke William ll after whom the square is named. The square also has a number of fine dining establishments. Every Saturday, there is a colourful market selling food and flowers. 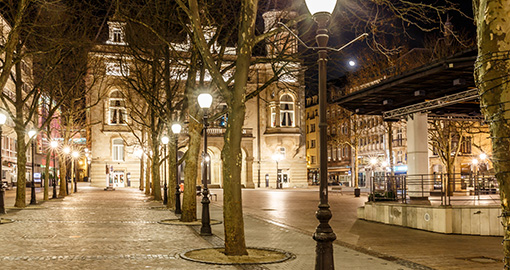 Another pleasant venue is the Place d’Armes in the old town, once a military parade ground, hence the name. In 1944, this was where the people of Luxembourg welcomed its liberators. It is surrounded by cafes and restaurants and in the summer, the bandstand here holds musical concerts. There are a few statues of notable Luxembourgers including two national poets to look at. Twice a month, there is a flea market and in December, a Christmas market. 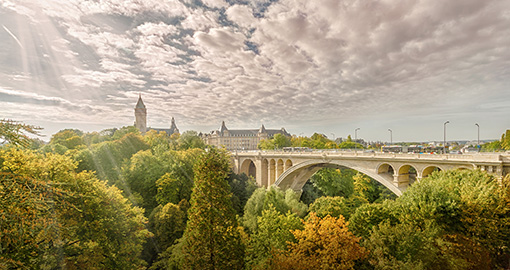 The Adolphe Bridge, a striking sight in Luxembourg, was erected between 1900 and 1903 during the rule of Grand Duke Adolphe. This event aroused great interest from abroad because the bridge had the largest stone arch in the world at the time. The big double arch spans 85 metres/275 feet across a valley.

Another venue which might appeal to visitors on travel to Luxembourg is the US Military Cemetery which contains over 5000 US military who died in the 2nd World War. This includes the famous and venerated General Patton who played an important role in the liberation of Luxembourg. 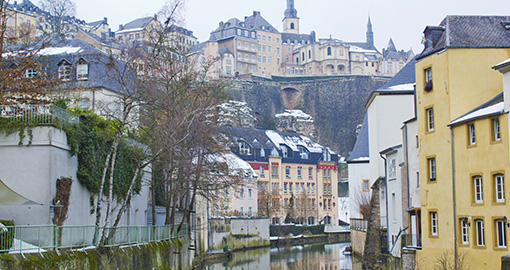 For those who like to explore local neighbourhoods, they should head to Grund on the banks of the Alzette River. It is reached by elevator that moves through a cliff into the river valley. Apart from being a picturesque area, it is a popular place for locals to hang out and enjoy the pubs and restaurants to be found here. You can have a pleasant stroll through the narrow streets stopping at one of the numerous cafes or boutique stores. 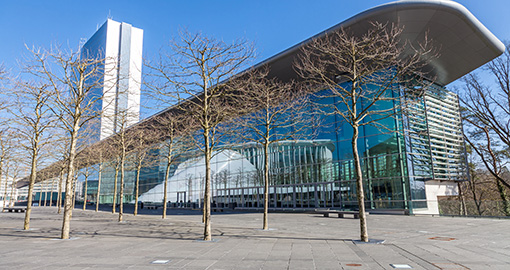 If you are a museum buff on a Luxembourg vacation, there are a number of good museums. There is the General Patton Museum (Historical exhibition of the events of the Second World War and documentation on the life of General Patton), the Battle of the Bulge (Second World War 1944/5), the Luxembourg City Art Gallery (Dutch painting from the 17th century), French historical and landscape art from the 19th Century and paintings, sculptures and engravings by European artists from the 17th to the 19th Century)., the Contemporary Art Gallery, the National Museum of Natural History, the Carriage Museum ( a collection of historic carriages of different kinds) and the Victor Hugo House ( a restored mansion where the famous French poet and novelist lived with exhibits of painting, texts and personal possessions of the author who spent several months there in 1871 during his exile). There are numerous other museums and considering the size of the country, culture is very much alive and well in Luxembourg. 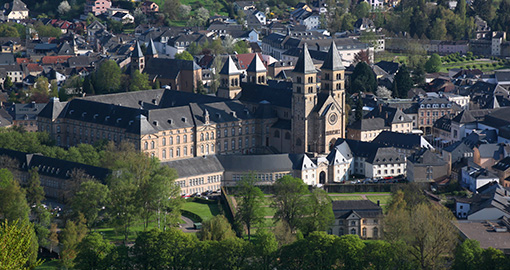 If you decide to explore other parts of the country on a Luxembourg vacation and you should, there are some places which will offer you an interesting visit. First up is charming Echternach, the oldest city in Luxembourg with its narrow streets, fortified walls dating back to the 10th Century, old houses and a medieval town centre where you will find the 15th Century Town Hall and an attractive market square. The renowned basilica of the Abbey of Echternach is where the country's patron saint Willibrord is buried. There are also the remains of a Roman Villa excavated as recently as 1975.

The Hopping Procession in Echternach is a totally unique event. It is also entitled “The Dancing Procession of Echternach” held in June and is described as “Three steps forward; three steps back”. So, presumably, it goes nowhere, fast. It begins with a sermon delivered by the parish priest after which the procession then travels through town to a basilica 1.5 kilometres/1 mile away. The participants wave white handkerchiefs while dancing or hopping from left to right. When they somehow arrive at the church, there are prayers and a benediction to conclude this event. It is on UNESCO’s Representative List of the Intangible Cultural Heritage of Humanity! This event dates back almost 1000 years so it can be excused for having no idea why it actually is performed this way. 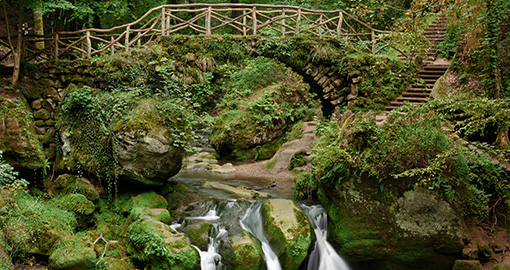 Just outside of Echternach is Mullerthal, also known as ‘Little Switzerland” due to its surrounds of the hilly landscape, dense forests and numerous streams. The Mullerthal Trail takes the experienced hiker through 112 kilometres/70 miles of magnificent valley trails which include rock formations with odd-sounding names such as Piteschkummer, Geyerslay and Hohllay, to name only a few.

In the south-east of the country, there is Remich on the left bank of the Moselle River surrounded on all sides by vineyards, a great place to enjoy a gourmet meal paired with the local wines. 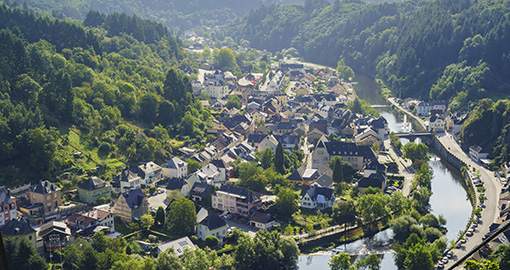 The romantic village of Vianden has a stunning fortress, the medieval Beaufort Castle, constructed between the 11th and 14th Centuries, one of the most beautiful Romanesque-Gothic castles in Europe. It is perched on top of a hill but can be reached by chairlift. It is surrounded by forests and a lake with swans making it look like a fairytale castle. Vianden is a good place to enjoy a drink at one of its pleasant cafes.

At Goway we believe that a well-informed traveller is a safer traveller. With this in mind, we have compiled an easy to navigate travel information section dedicated to Luxembourg.

Learn about the history and culture of Luxembourg, the must-try food and drink, and what to pack in your suitcase. Read about Luxembourg’s nature and wildlife, weather and geography, along with 'Country Quickfacts' compiled by our travel experts. Our globetrotting tips, as well as our visa and health information will help ensure you're properly prepared for a safe and enjoyable trip. The only way you could possibly learn more is by embarking on your journey and discovering Luxembourg for yourself. Start exploring. Book one of our Luxembourg tours today!

Consider an additional stopover to your Luxembourg vacation at one of Goway's other European destinations. You can choose from a Paris vacation, a London vacation or an Amsterdam vacation. This can be done stopping over en route to or from Luxembourg.