Things to do in Edinburgh 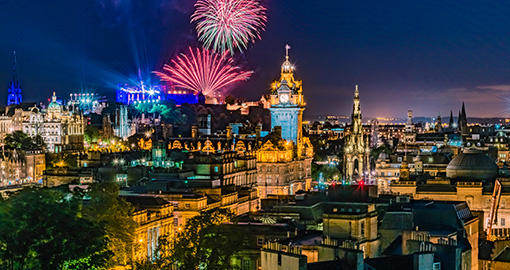 Taken on culture alone, Scotland is a world apart from its southern neighbours. Nowhere is this on better display than in Edinburgh, a city steeped in Scottish history and heritage.

Edinburgh’s castle has watched over the city since the 12th century, though the site has been in use since the 2nd century AD, while the rock on which it stands first erupted over 340 million years ago. That’s quite a legacy for Edinburgh’s most quintessential landmark and historic monument, not to mention the backdrop for the famous Royal Edinburgh Military Tattoo. You’ll want at least two hours to explore, and perhaps follow one of the castle’s recommended itineraries to make the most of your time. Just don’t rush through the fortress’ stunning views over Edinburgh. If the weather’s good, take some time to relax in the inviting Princes Street Gardens, admiring Edinburgh Castle from below. 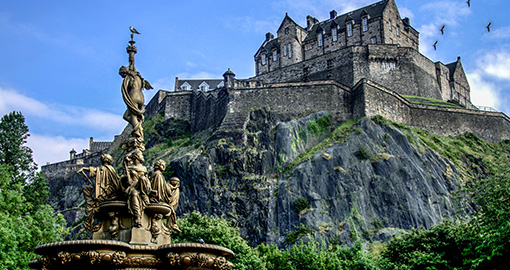 Connecting the castle with Holyroodhouse Palace, this atmospheric artery through Edinburgh’s historic old town enchants at any time of year and bustles with activity during the city’s many festivals. Even without a festival in town, the Royal Mile is a treasure trove of small museums and other attractions to suit just about any interest. Try a tipple at the Scotch Whisky Experience, let your eyes go wide at Edinburgh’s Camera Obscura & World of Illusions, step back into the 1600s at Gladstone’s Land, or ramble through the legacies of Burns, Scott, and Stevenson at the Writers’ Museum. 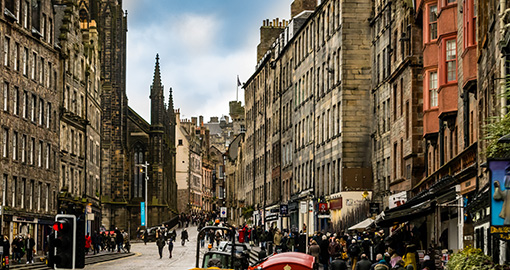 No tour of haunted Scotland is complete without a walk down Mary King’s Close! Buried beneath the Royal Mile, this narrow street – now accessible only by tour – is one of the world’s most haunted, with sightings recorded as early as the 17th century. Supernatural happenings aside, the history of Mary King’s Close is undeniable. There’s no better preservation of the heritage buried just beneath Edinburgh’s streets. 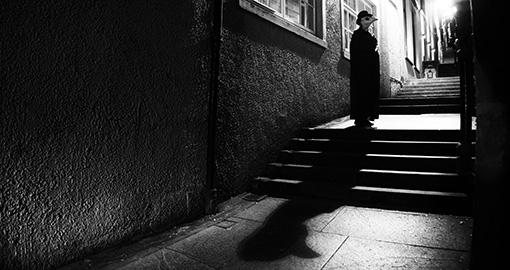 With a history quite separate from the rest of the UK, it’s only fair that Scotland be home to its own range of top-notch museums. The National Museum of Scotland is the pick of the bunch, with exhibits devoted not just to Scotland’s history, but to science, nature, design, technology, art, and fashion from around the world. A stroll through the Grand Gallery is sure to put you in the mood for discovery, and best of all, admission is free. 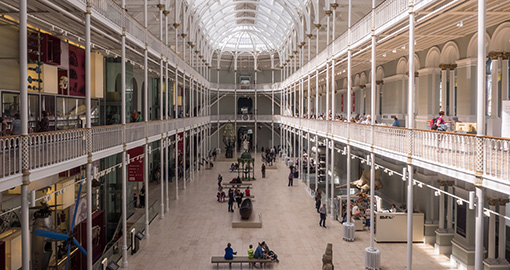 Even if you have only a passing appreciation of whiskey, a taste of Scotland’s national drink in its spiritual home is a must. The Scotch Whisky Experience is touristy, but the tipples are authentic, and you’ll learn a lot about the product along the way. Alternatively, Edinburgh isn’t lacking for good whiskey bars (spelled a variety of different ways) if you prefer your tastings without a side of tourism. Once you’ve sampled a few wee drams, it’s time to think about food. If you think it’s all about haggis and over-boiled vegetables, it won’t take long for Edinburgh’s diverse kitchens to change your mind. Embarking on a tasting tour can be a terrific way to sample the local specialties – yes, including haggis. 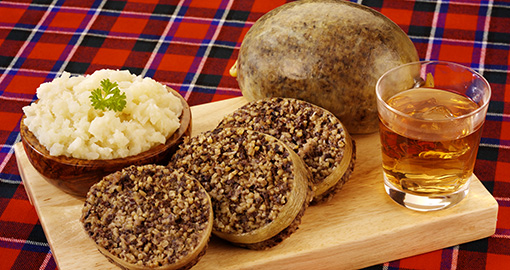 A gloriously gothic city like Edinburgh deserves an equally glorious gothic cathedral. St Giles’ has served in this post since the 12th century and remains Scotland’s spiritual heart today. Walking tours help bring the stories and legacy of the building to life. On weekends, there are even guided rooftop tours available for a modest fee. St Giles also hosts a busy calendar of concerts throughout the year, and its cathedral choir plays an active role in church life. 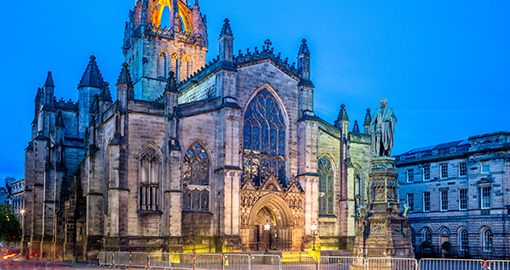 While you’re falling in love with Edinburgh, Britain’s Royal Family have loved it for years, maintaining The Queen’s official residence at Holyroodhouse Palace. Her Majesty spends one week here at the start of each summer, hosting distinguished guests during a celebration of Scottish culture designated Holyrood Week. Barring occasional Royal use, the house and its gallery are open to the public for the remainder of the year. The building dates back to the 12th century when it was first established as an Augustinian abbey, and of course, there’s a resident ghost. While The Da Vinci Code put Rosslyn Chapel firmly in the cultural limelight, the building’s mysteries date back much further than Dan Brown’s bestseller. Located in the village of Rosslyn, just outside Edinburgh, the chapel has been shrouded in intrigue and conspiracy theories for centuries. These range from a jealous stonemason who murdered his young apprentice, to a hidden musical score, a Templar sanctuary claimed to contain the Holy Grail and even extra-terrestrial involvement. For those who love a good story as much as a beautiful piece of architecture and stonework, Rosslyn Chapel is a must-see. Well known for its performing arts festivals, Edinburgh has an impressive collection of curated art as well. Dive into the Scottish National Gallery for a mix of old masters and Scottish artistic genius, or the Scottish National Gallery of Modern Art to move your exploration into the 20th century. The Royal Scottish Academy captures the cutting edge of today’s Scottish art, while the Scottish National Portrait Gallery brings to life the key figures who’ve shaped Highland history. If you’d prefer to explore in the open air, Edinburgh has plenty to feed your artistic soul. Murals and street art bring a splash of colour and rebellion into the city, even in the dreary winter months. The royal yacht now sits permanently moored in Leith’s dry dock just north of Edinburgh. Enjoy just a taste of what it was like to sail on Britannia, including State Apartments, guest quarters, and exquisite entertainment areas. Pick up a free audio tour to put things into perspective, and to know whose footsteps you’re walking in! The Royal Deck Tea Room serves refreshments fit for you know who. Or, to really live it up like royalty, book one of Britannia’s 23 luxury cabins and stay the night. Scotland uses the British Pound, with prices comparable to the rest of the UK. With that said, Edinburgh is the one Scottish city just about everyone visits, so be ready for higher prices, particularly when it comes to accommodation and signature attractions like Edinburgh Castle. As is the case in London, many of the museums and other subsidized attractions are free. Expect a modest meal to cost about 12-15 GBP. A three-course dinner for two brings things up closer to 55 GBP, while a pint at a local pub will rarely set you back more than 4 GBP.

Hopefully, since you’ve made it to Scotland, you already know just how distinct it is from the rest of the UK, so try to keep the comparisons to a minimum and focus yourself on Scottish achievements and heritage. With that said, the Scots are typically informal, friendly, and unpretentious – though never intrusive. Shake firmly, make eye contact, and keep your questions polite but sincere. The Scots aren’t as thrifty as old stereotypes would claim, but do remember to buy your round at the pub if you’re lucky enough to be invited.

Of all Scotland’s accents, Edinburgh’s is generally thought to be the easiest for non-Scots to understand. While their Glaswegian neighbours might throw in some jibes about the ‘posh’ Edinburgh accent, this isn’t a city where English speakers will have any trouble communicating with the locals.