Founded in 1925, Peninsula was the dream of Scottish course designer Gordon Bernard Oliver and land speculator William Towler who envisaged an Americanstyle golf resort set on broad acres at Frankston. 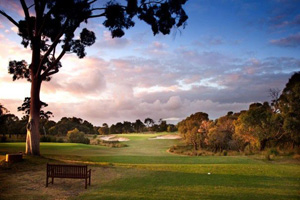 Oliver, a member of the Royal and Ancient Golf Club of St Andrews, designed 27 holes 18 for the men and nine for the ladies the first 11 of which opened for play in December 1923.

A small group then took the initial steps to acquire the property for the purpose of establishing a private country golf club. Eventually the club was to be known as The Peninsula Country Golf Club.

In the early 1960s a decision was made to build a new clubhouse at the present location, and to create two 18hole courses. New Zealand designer Sloan Morpeth incorporated six of Oliver's holes from the original course into his designs for the new North and South courses, set amongst 450 acres of beautiful native bushland.

A true 'Country Club' since its inception, Peninsula offers 41 twinshare accommodation rooms and a range of nongolf facilities. It is also known for the quality of the food service and the extensive Wine List. Regular visitors have been staying at Peninsula for over 40 years enjoying the Club as their home away from home. 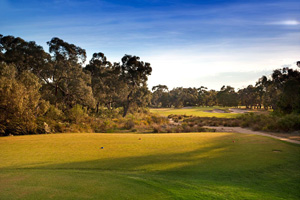 While the South has long been known as one of Australia's tough and testing championship courses, the North has recently come into its own after remodelling. One of Australia's top golf writers and authors called it 'the best course renovation ever completed in Australia' (Australia's Best Golf Courses, D Oliver, 2003).

Both courses have hosted important amateur and professional events and are known for their excellent couch fairways, bent grass greens and traditional sandbelt bunkering.

The renovated North Course is designed to advantage those who plan their way around the course rather than simply 'blaze away'. It is not a long course, it is one that resists scoring by strategy rather than length. Several holes offer the player options that are affected by handicap, form, weather or the even state of the match. Choosing the correct option is the first key to unravelling this course.

The South Course at Peninsula has traditionally been known as our Championship course. While renovations to the North Course have elevated it to Championship level also, the South remains the difficult challenge it has always been. Beginning in 2004, this course went through a major renovation by Michael Clayton Golf Design however the changes retained the existing feel. The South remains a 'big' course, it is long with wide fairways, large bunkers and big greens. When playing Peninsula South, be prepared to have every part of your game tested.

A number of elements immediately draw attention when the golfer steps on to the 14th tee of the South Course. One cannot help but notice the valley that must be carried en route to the green. Consideration then drifts to the putting surface, a manicured area of turf delicately poised above the surrounds, gently hinting at its wickedly sloping surface. Careful placement of the tee shot below the pin is essential in the quest for achieving par at the 14th.

But before leaving the tee box allow your golfing concentration to be distracted for just a short moment and take the opportunity to appreciate the wonderful ghostly white gum tree that so beautifully frames this hole.