Things to Do In Melbourne 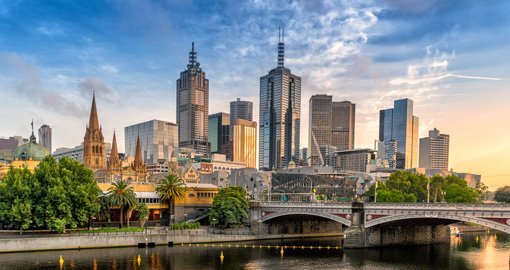 It may not have been Australia’s capital city since 1927, but Melbourne retains the crown when it comes to sport, art, culture, dining, and fashion. It’s also a great spot to immerse yourself in events that shaped Australia as it is today. Here are ten experiences not to miss while you’re in the world’s most liveable city.

The one signature ‘must do’ in Melbourne isn’t a tourist attraction per se, and needn’t cost you any more than the price of your favourite coffee. Weave your way through the countless arcades and café-lined laneways that connect Melbourne’s main streets for the ultimate urban explorer’s day out. Pop into trendy boutiques, admire street art that has earned comparisons to the likes of New York and Berlin, and above all, stop for a coffee. Melburnians are so serious about their coffee, Starbucks was almost laughed out of town, so pull up a chair at a busy independent café and enjoy the city at its everyday best. 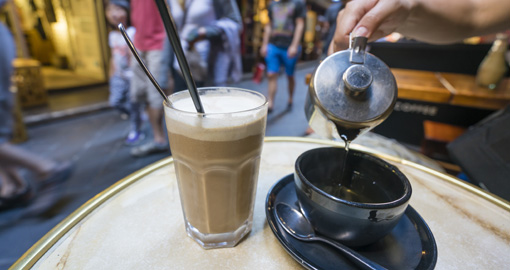 Nowhere is Melbourne’s devotion to art more evident than at the National Gallery of Victoria, which extends to the NGV Australia in Federation Square. Australia’s largest art museum is host to an Australian and international collection of over 70,000 works, plus visiting exhibitions, including an annual ‘Winter Masterpieces’ guest exhibition. The NGV Australia is focused on contemporary Australian art. Both collections are absolutely free to explore. 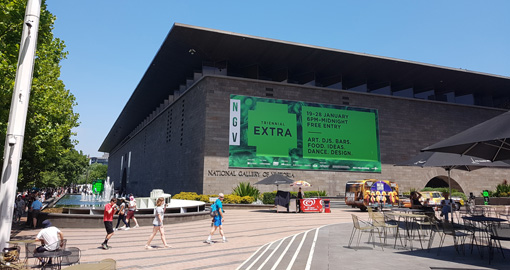 While its design may have been controversial, nobody today questions that ‘Fed Square’ is the centre of public life in Melbourne. Located just opposite historic Flinders Street Station, the shamelessly modern design contains the NGV Australia, Australia’s Special Broadcasting Service, and The Australian Centre for the Moving Image, which contains a museum dedicated to Australian film and television, plus travelling exhibitions that in the past have included those showcasing artists such as Tim Burton and David Bowie. 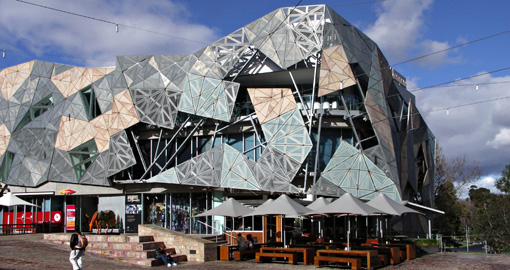 With a clear, uninterrupted view over Swanston Street, which bisects the CBD, The Shrine of Remembrance is a Melbourne icon and one of the most moving and comprehensive war memorials you’ll visit. Honouring veterans in all conflicts to have involved Australia, both past and present, the Shrine is also a great way to either start or finish a visit to the Royal Botanic Gardens of Melbourne. 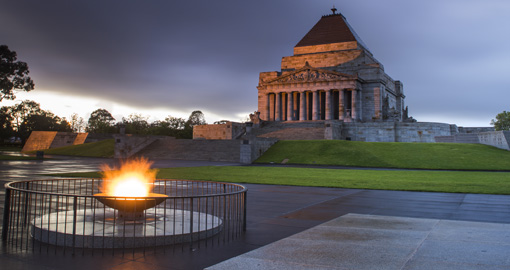 Melbourne is a city in love with parks and gardens, and Fitzroy Gardens is another great place to unwind, popular with tourists and locals alike. You can even visit the reconstructed cottage of Captain James Cook, who in 1770 became the first Englishman to land in Australia. 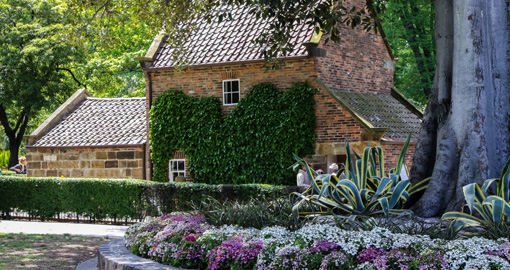 Convict lore is an integral part of Australia’s history, but it takes on another dimension at Old Melbourne Gaol. One of the most historic prisons in the country is now a museum showcasing the life of the men and women incarcerated here. Its most famous former occupant is bush ranger Ned Kelly, who was eventually hanged here for murder in 1880. Eventually closing in 1924, the gaol is now one of Melbourne’s most popular and informative attractions. 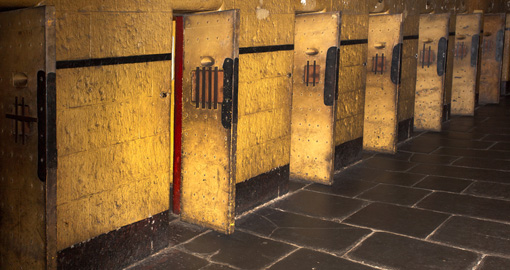 Melbourne is a proudly working-class city that thumbs its nose at elitism and corporate overreach. Nowhere is this truer than in Fitzroy, the city’s main Bohemian corridor. Focused along Brunswick Street, recognizable brands are all but banished in favour of colourful, local boutiques and shops specializing in local wares. Return after dark to experience the area’s equally colourful nightlife, or watch the sunset over delicious tapas on the rooftop at Naked for Satan. No, really. 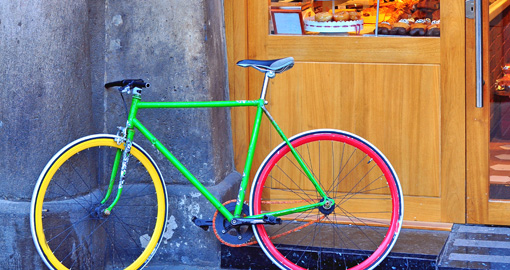 The largest museum in the southern hemisphere, Melbourne Museum is a jaw-dropping showcase of science, natural history, and technology. From dinosaurs to butterfly halls, to an extensive look at the history of Indigenous settlement in Victoria, this is a great pick for families in particular. It’s located within Carlton Gardens, another of Melbourne’s picturesque parks, which holds the UNESCO World Heritage-listed Royal Exhibition Building. 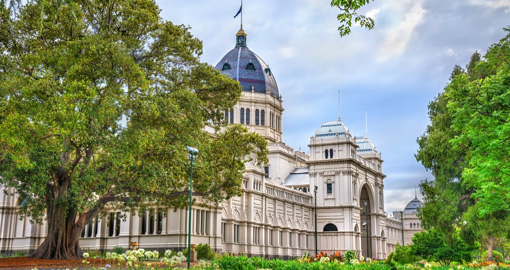 While Melbourne’s rich history of Greek and Italian immigration is widely known, Melbourne’s Chinatown is the oldest in the western world, dominating a good section of the CBD. You’ll find dim sum restaurants, noodle and ramen houses, barbecue restaurants, and much more, making this one of Melbourne’s most popular dinner spots before a night out at one of the many atmospheric small bars that share the district. A wide variety of shops and the Chinese Museum are worth visiting during the day. 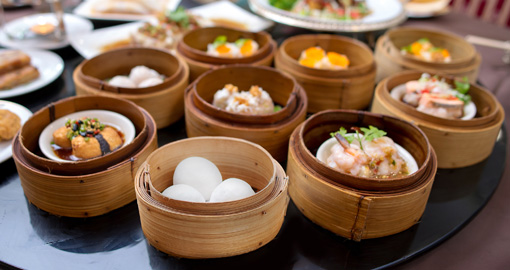 No visit to Melbourne is complete without a visit to Queen Victoria Market. The trick is not to get stuck in the large section selling ‘souvenirs,’ at least not for too long. It’s great for picking up some cheap mementoes, but the market’s highlights are found in its diverse food halls. Graze your way around like a local, and you’ll understand why Queen Vic is such a favourite. 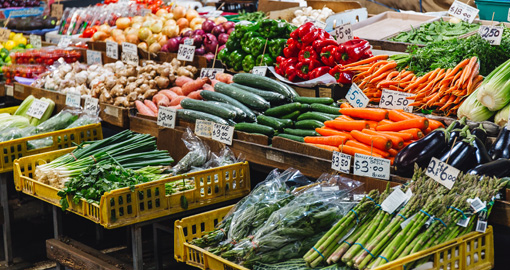 Melbourne isn’t the cheapest city to explore, but it won’t leave your credit card sobbing quietly in the corner either. Many of its best attractions are free, and while food and drink can add up quickly, you’ll enjoy arguably the best dining and nightlife in Australia. Hotel prices can vary widely with Melbourne’s packed events calendar, so ask a travel agent for help finding those ‘sweet spot’ dates. Good quality, lower-end meals can be had all over the city for around $20 (AU), while a nice, mid-range, 3-course dinner for two will be around $100. Expect a local beer to cost around $10. Swing by Half-tix next to Town Hall on Swanston Street for same-day theatre ticket deals, and remember, tram rides within the Central Business District zone (clearly marked on most trams and at stops) are always free.

Melbourne is an unpretentious city that doesn’t tend to put on the air. If you offend someone here, they’ll let you know, and that’s unlikely to happen unless you insult their favourite footy (read: AFL) team or start singing the praises of Sydney. Melbourne has some fantastic day trips, so you may want to rent a car for a day or two. Just remember that Australia drives (and walks) on the left. You’ll probably also have to contend with the city’s most frustrating contribution to traffic laws, the hook turn. This is the surprisingly complicated task of pulling into the left-hand lane (remember, you’re driving on the left) in order to turn right. This is to accommodate the city’s ubiquitous trams (or streetcars, as you may know, them). Speaking of which, keep an eye and ear out for these at all times. They run along most major streets of the CBD, sometimes at considerable speed. It’s your responsibility to keep out of their way.

Melbourne is a richly international city built on Italian, Greek, Chinese, Vietnamese, and many other waves of immigration. In fact, Melbourne has the largest Greek population of any city outside Athens, and locally spoken Greek can sound quite distinct from its European counterpart. Nonetheless, English is most people’s first language here and will serve you just fine.