Things to do in Sydney 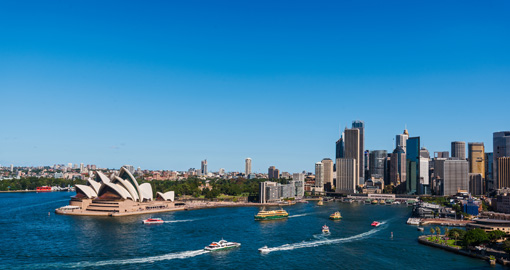 Sydney is just the beginning of Australia’s story for travellers, but let’s be honest. After glimpsing Sydney Harbour, with its namesake bridge and the familiar white ‘sails’ of Sydney Opera House from the air, it’s hard to ask for a more perfect welcome to any country. Here are some sights and experiences to help you make the most of it once you hit the ground.

Not into opera? That’s fine. You can book one of the many non-opera performances on offer. Really though, it’s the architecture that has made Sydney Opera House so famous. No matter how many times you walk under those iconic sails, architect Jorn Utzon’s vision never fails to inspire. Take an essential tour to see the auditoriums (unless there’s a performance in progress), or catch a break on one of the nearby benches overlooking the harbour to take it all in. 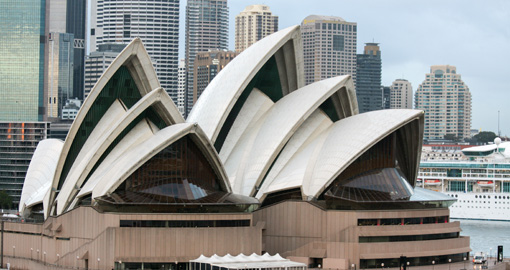 Directly across from the Opera House, The Rocks is Sydney’s most historic area. A walking tour here is the best way to immerse yourself in the somewhat rough and rowdy story of how Sydney came to be, and catch a glimpse of early colonial life here. The shops and galleries are a bit on the touristy side, but the joy of exploring these old laneways, surrounded by the beautiful harbor makes them worthwhile. The awesome Sydney Harbour Bridge climb departs from The Rocks as well, if you want to splash out for an unforgettable view. 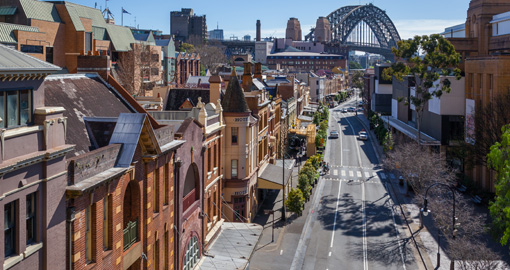 The name Bondi Beach is up there with Copacabana, Venice, or South Beach for recognition. While it’s the biggest and most popular of Sydney’s urban beaches, it’s just one of a line of sandy escapes connected by a spectacular coastal walk. If you have a couple of hours to spare, this is a great Sydney half-day out popular with locals and ‘in-the-know’ tourists alike. Stop for coffee and/or fish and chips at one of the many beach suburb cafes. You can also head north to The Gap bluffs in ritzy Watson’s Bay. 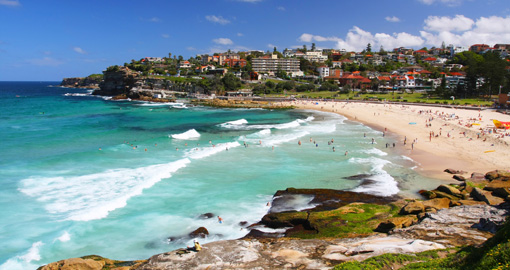 Get Around on the Water

Sydney is a water city at its heart. Whether you splash out for a private cruise and barbecue lunch, or simply hop the public ferry to Manly, this is by far the best way to see the city’s many hidden coves and waterside suburbs. If you’re seeing harbourside attractions like Darling Harbour or Taronga Zoo, it’s easy to take the ferry and see Sydney from the water. 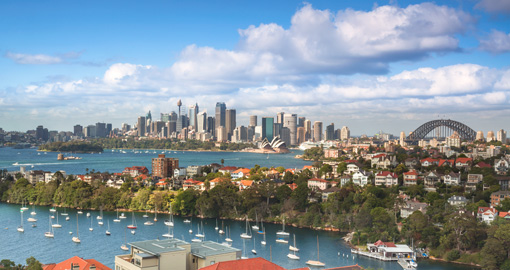 Once a derelict dock area and railway yard, Darling Harbour has been evolving ever since its redevelopment in the late 1980s. There are some big attractions here, including Sea Life Sydney Aquarium, Wild Life Sydney, Madame Tussauds, Powerhouse Museum, the Chinese Garden of Friendship, and the Australian National Maritime Museum. Or you can simply order a cocktail or lunch and enjoy the laid-back atmosphere on the edge of the CBD. If you have kids in tow, Darling Harbour is a must-do. 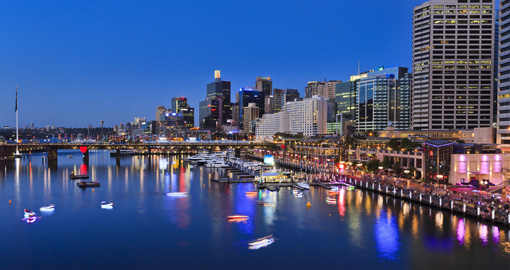 What makes Sydney’s Royal Botanic Gardens so special is their location, right on the harbour, tucked behind the Sydney Opera House. With just a five-minute walk, you can feel as though you’re miles from the city, even as its skyscrapers loom above the trees. Alternatively, relax by the shoreline to watch the ferries go by, as locals have been doing since long before the Gardens were established. Mrs. Macquarie’s Chair marks the favourite viewing spot of Elizabeth Macquarie, wife of New South Wales’ fifth governor. 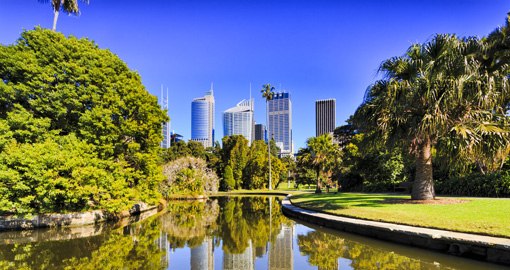 Where does a giraffe enjoy a multi-million dollar view? At the North Shore’s Taronga Zoo! An easy ferry and cable car ride take you to the zoo’s entrance at the top of the hill. Then explore the world through its most magnificent creatures as you weave your way through this eco-friendly zoo. There’s a special focus on Australian wildlife of course, plus artistic performances throughout the summer. You can even ‘Roar and Snore’ overnight for the ultimate Taronga experience. 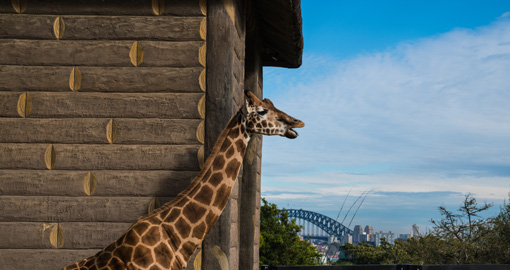 Get out of the CBD and explore Sydney’s most unique and beloved local shopping street. Newtown has always been the city’s hideaway for artists, free thinkers, and others looking to escape the mainstream. Roam the local shops for that unique souvenir, refresh and recharge with a coffee at a local café or bakery, and perhaps dine at one of the street’s many Thai restaurants. 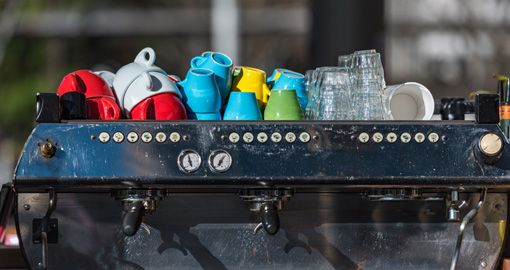 Sydney is spoiled for choice when it comes to shopping, but the Queen Victoria Building is something special. Opened in 1898, its Romanesque architecture contains a wide array of stores ranging from popular, familiar brands to chic boutiques to one of Sydney’s most popular venues for high tea. Be sure to see the Great Australian Clock and dioramas on the top level, and try to avoid the mayhem that floods the underground levels during rush hour. 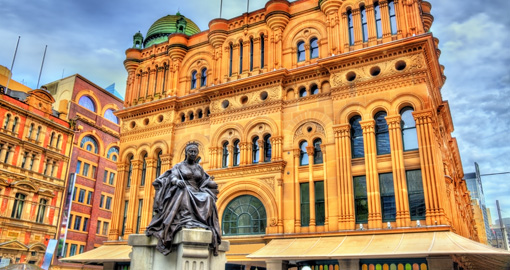 Surrounded by the CBD, the Barracks Museum, St Mary’s Cathedral, and the Australian Museum, Hyde Park is a beautiful green lung at Sydney’s centre. When you’re done exploring one or more of the neighbouring attractions, snap some photos by the picturesque Archibald Fountain, and wander beneath the branches to the moving Anzac Memorial and Pool of Reflection. Just ignore the ever-present ibises, cheekily known to locals as ‘bin chickens.’ 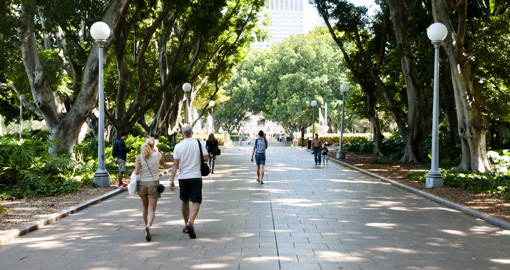 Sydney’s pricey real estate has given it a wildly expensive reputation, though 3-star hotels can be a relative bargain, and with Sydney’s idyllic climate, it’s easy to find a window where blissful weather and reasonable prices meet. Australia’s high wages inflate dining costs, but tipping, though appreciated, is not obligatory unless you have a large group, in which case it is often included as a service charge. Expect a cheap meal to set you back around $20 (AUD), and a mid-range dinner for two to run closer to $100. A local pint at the pub will cost about $8. A big money saver in Sydney is its wealth of free attractions. Beaches, parks, the Art Gallery of New South Wales, cliff walks, and those amazing views can all be had for nothing (or the price of a public transit ticket). You may want to splash out for some unique experiences like a Harbour Bridge climb or BBQ lunch on the water, and credit is accepted most everywhere.

Australia drives on the left, which is handy to remember when you’re navigating busy rush hour streets. It's jokingly said that Sydney is a city for the busy and the beautiful, which often rings true, but locals are generally welcoming and like most Australians, tend to be fairly casual and straightforward. Humour can also be less ‘politically correct’ than many North Americans are used to. Once a world-renowned after-dark destination, Sydney abolished its controversial inner-city 'lockout' laws in January 2020... just in time for the city's nightlife to face the new (globally shared) challenge of the COVID-19 pandemic. While this one-two punch dimmed some of the lights on iconic strips like King’s Cross and Darlinghurst, nighttime Sydney has slowly but surely returned to these areas, along with more bohemian Newtown and Erskineville.

While Sydney’s ethnic diversity is vast, you’re unlikely to meet anyone who doesn’t speak English. Get your head around some of the colourful local lingo and you’ll be swapping a yarn with the Aussies in no time.