Estonia uses the Euro as its official form of currency. Debit and credit are the most common ways of paying in Estonia, with Visa, Mastercard, and Amex all widely accepted. However, it’s smart to keep a bit of cash on hand for tipping and smaller purchases.

The official language is Estonian, which is very closely related to Finnish, even though Estonia shares borders with Latvia and Russia. People in Estonia are fluent in multiple languages, so you’ll find most people speak some English across the country.

Estonia is a beautiful Baltic country that offers a lot of activities to do in both the summer and winter months. Spend the summer hiking stunning trails, or spend time relaxing on some incredible beaches and lakes. In the winter, Estonia turns into a winter playground offering skiing, snowboarding, and a variety of other winter sports and activities.

The climate in Estonia is what you would expect of a Baltic country: beautiful, mild summers and fairly cold and harsh winters. Weather in Estonia is usually very breezy and humid due to its location on the Baltic Sea. Winter temperatures average around –6°C/22°F while summer averages around 16°C/61°F.

Estonia is an ideal location for anyone who likes to get outdoors. Travellers can take to the mountains to hike in the summer or ski in the winter, or take to the beaches on the Baltic Sea to play in the water or relax on the sand. 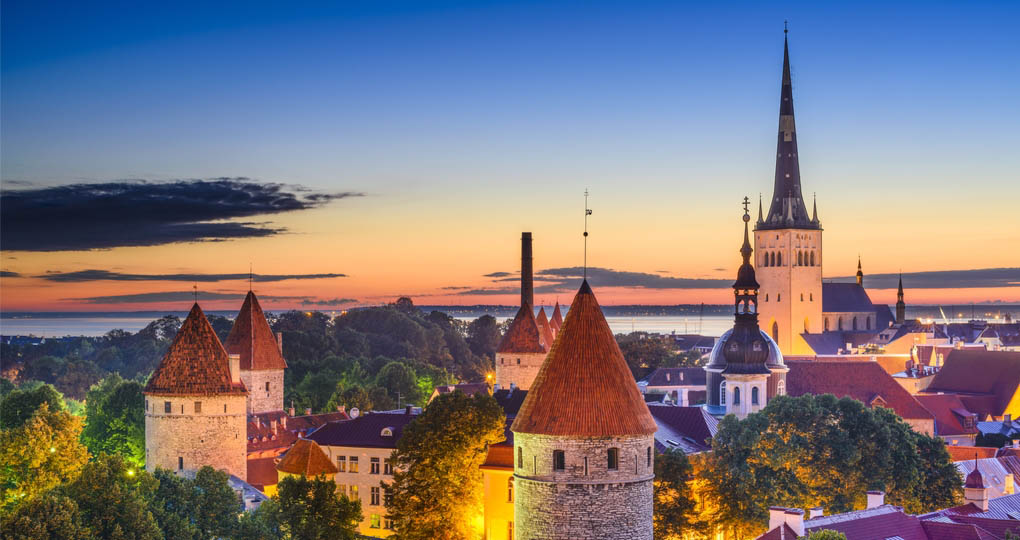 There are no direct flights to Tallinn from Canada, and so all flights will require at least one connection, making it a perfect opportunity to add to a larger European trip. If you are looking to fly into Tartu, at least two connections will be required from all Canadian cities, including Toronto. 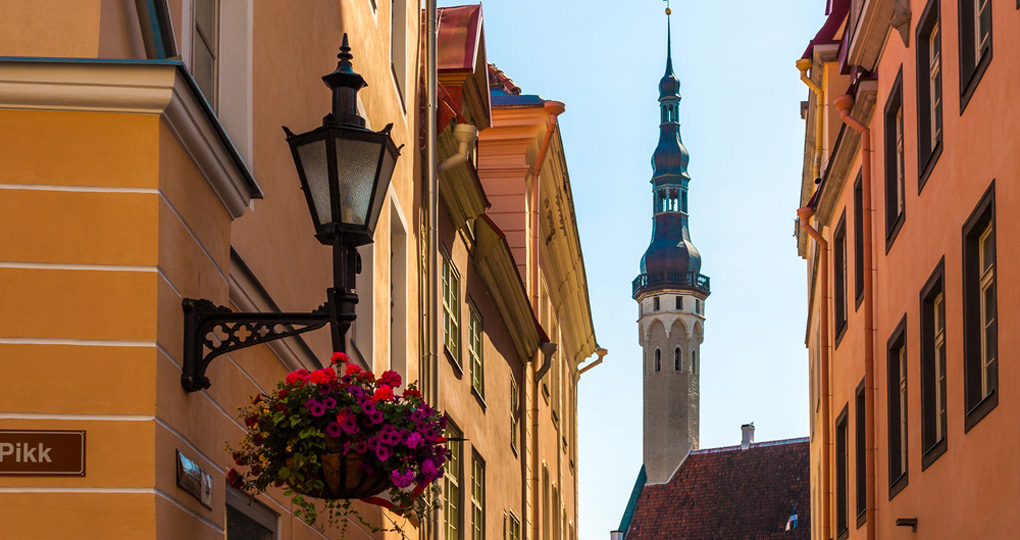 Tallinn is a beautiful city located on the northern coast of Estonia, right on the Baltic Sea. It’s the national capital and also the cultural hub of Estonia that’s known for its cobblestoned Old Town, cafes, and shops, and the Kiek in de Kok, a defensive tower from the 15th century. Spend your days wandering this beautifully preserved city and its historic buildings, before hitting up vibrant restaurants and bars in the evening.

Estonia’s second-largest city is famous for the esteemed University of Tartu, a neoclassical landmark dating back to the 17th century. The town is home to the AHHAA Science Center, which offers hands-on exhibits and a 4D cinema. Visitors can also climb to the ruined Tartu Cathedral that sits atop a hill and has viewing platforms for views of the town below.

Parnu is Estonia’s top resort city and is located in the country’s southwest. Travellers can soak up the sun on Parnu Beach, which sits on the Parnu Bay, or stroll the promenade, trying cafes and restaurants that line the beach. After relaxing, visitors can visit the Beach Park to walk the trails, explore the neoclassical buildings downtown, or try to spot all the monuments and fountains that are scattered about the town.

Saaremaa is Estonia’s largest island and located in the Baltic Sea. A short flight from Tallinn or an even shorter ferry ride will get you to this stunning island, which has a wide variety of flora and fauna littering the countryside. The main city, Kuressaare, has the highest number of spas per capita in the world, which makes it the perfect place for a relaxing vacation.

Other Highlights of Estonia Off the Beaten Path 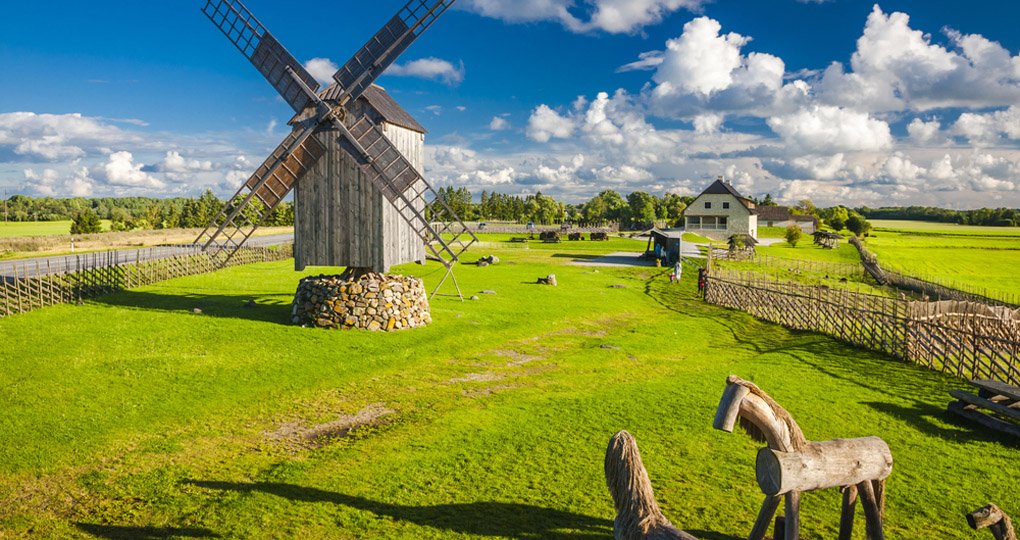 Vilsandi Island is the westernmost inhabited island in Estonia, and is actually two islands that have formed together and are connected by a small strip of land. Hike through the countryside and view rare species of plants, or visit Vilsandi National Park, a nature reserve that is home to tens of thousands of seabirds that come to nest and feed. You can take a ferry to the island, but the waters are also low enough that it is possible to ride there in a jeep. Active travellers can hike to the island from Kuusniemi Peninsula through the strait of Kaksilm to Vilsandi.

This southeastern region is home to the Seto people, an Indigenous European ethnic group who have kept their heritage alive in their traditional villages and unique customs. If you want to hear their language, admire their colourful clothing, and try out their rural dishes, this is the place to be.

Although small, Viljandi is one of the most popular destinations in Estonia for locals. Not only does the city have a large beach on the lake offering beautiful scenery, but it is also home to a number of themed festivals, including folk music festivals and medieval fairs. Viljandi is one of the country’s centres of music and culture.

Otepaa is the perfect winter destination, offering beautiful chalets and incredible restaurants. It’s a perfect spot for travellers seeking a new and unique skiing destination. The summer is equally appealing, with hiking trails through Otepaa Nature Park and many camping sites among the rolling mountains and lakes.

Top Activities and Experiences in Estonia

Located in Tallinn, this historical monument was built by Peter the Great in honour of Catherine I of Russia. Originally a palace, today the grand building is home to the Kadriorg Art Museum, which features thousands of famous foreign artworks. Wander the halls to learn about the history of the building and its collections, or get lost in the gardens outside the palace.

Located about 70km from Tallinn, Lahemaa National Park is home to some of Estonia’s most beautiful manors, diverse species of plants and animals, and unique and renowned fishing villages. It also features Jagala Waterfall, one of the country’s most beautiful waterfalls.

Travel back in time at the Estonian Open Air Museum, with 14 farms that recreate what life was like back between the 18th and 20th centuries. The museum is open all year round. Visitors can learn to create handicrafts, ride horses, eat traditional food, and explore the inn, fire station, mill, and other historic buildings to really get a feel about what life was like in the past.

Located in Saaremaa, Kuressaare Espicopal Castle is the best preserved castle in all of Estonia. Now a history museum, the castle tells the stories of Saaremaa’s inhabitants and provides activities for visitors for all ages such as treasure hunts and archery practice. 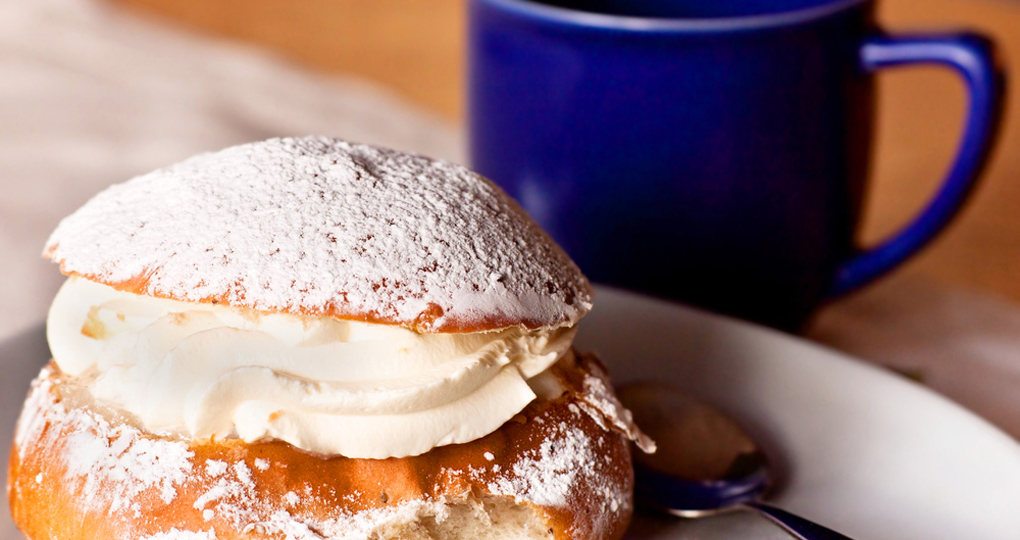 Verivorst is a traditional Estonian blood sausage, and is usually eaten during the winter months, particularly during Christmas celebrations. This sausage traditionally consists of barley, onions, and a variety of spices and blood. Pig, cow, chicken, sheep, duck, and goat blood can be used to make the sausage. The sausage is usually cooked with potatoes and pork.

This iconic Estonian dish is a gelatin (much like jello) that consists of meat stock, pieces of meat, seafood, or egg. Estonian Aspic is traditionally made with pig’s hock and feet, a selection of meat, a variety of seasonings, and vegetables. Once it has been boiled, the bones are removed, the meat is thinly sliced, and the mixture is put into a mold and chilled until it turns into a special gelatinous dish.

A traditional dessert across the Baltic, with regional variations. Traditionally Semla is a plain bread roll that is eaten in a bowl of warm milk and is usually served as the last festive food before Lent. Today, this dish is usually sold in cafes and restaurants between Christmas and Easter and is now served with whipped cream, powdered sugar, and a variety of different sauces. 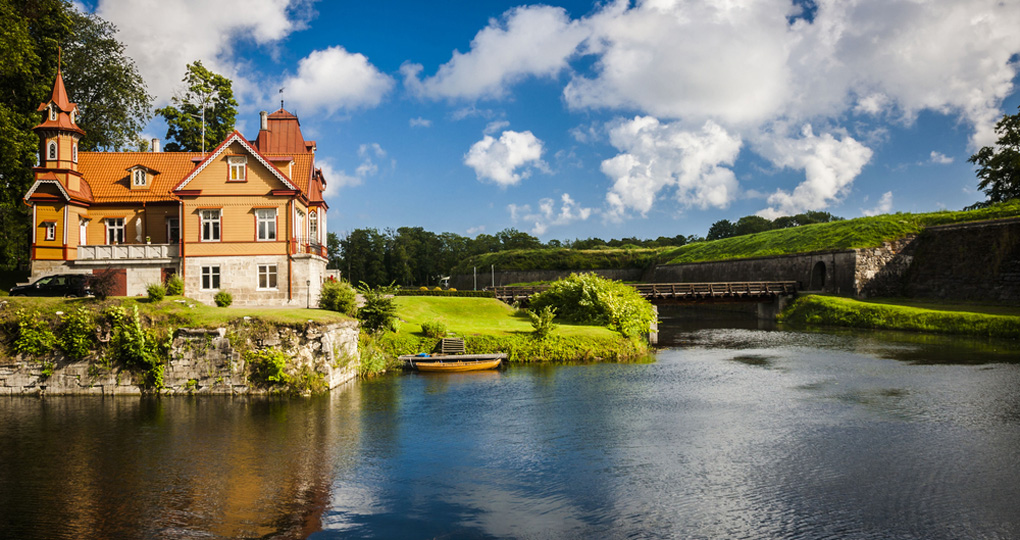 Considering that Estonia is renowned for its natural beauty and diverse species of plants and animals, be mindful to protect its natural environments when you visit reserves and national parks. Don’t stray off the path, don’t pick wildflowers, and be sure not to purchase any products made from wild animals. In the towns and cities, you can easily walk or ride a bike in order to avoid cars. Transit is also convenient to connect between cities, avoiding the environmental impacts of cars and air travel.

Estonia shares a border and much of its history with both Russia and Latvia, so these destinations are great places to visit after seeing Estonia. As the country is located in the Baltics, Poland, Lithuania, Norway, Finland, and Sweden are also easily accessible.

Most Popular Itineraries for Estonia

Highlights of Tallinn offers a brief stopover and a taste for the capital city’s cultural and historical highlights. It’s a highly-customizable trip. Expand your vacation into neighbouring Latvia with Highlights of Riga and Tallinn, or head on a more expansive exploration of the Baltic with Baltic Jewels: Krakow to Tallinn.

MODERATE | TAILOR-MADE: Spend a few days during your European vacation exploring the vibrant city of Tallinn. This erstwhile party capital of the Baltics boasts what may be the best-preserved medieval city center in Europe, and easily connects to other Baltic, Scandinavian and Russian cities.

Highlights of Riga and Tallinn

FIRST-CLASS | PRIVATE-GUIDED: Depart on a private-guided journey through Latvia and Estonia. Along the way, discover the treasures of two Baltic capitals, Riga and Tallinn, as well as the countryside wonders of Gauja and Lahemaa National Parks. By night, rest in some of the finest first-class, centrally located accommodations the cities have to offer.

MODERATE | ESCORTED COACH TOUR: Explore the jewels of the Baltics on this comprehensive tour through four European nations. As you journey through Poland, Lithuania, Latvia, and Estonia, you’ll discover charming medieval old towns, learn about the fascinating histories and cultures of northeastern Europe, and explore the charms of the gorgeous Baltic countryside.