Things to do in Oman

Every country has its outstanding and special attractions. Goway has selected its top 9 things to do in Oman (not in any particular order) for you to enjoy on your visit to this destination. 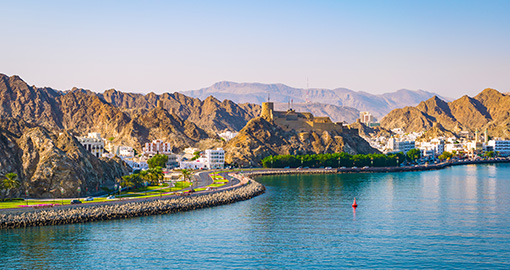 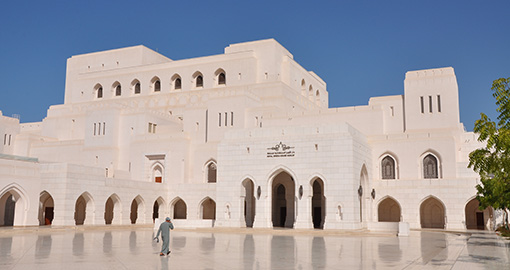 Built in 2011, this beautiful opera house in Muscat, designed in a unique contemporary style, is Oman’s principal venue for music. It consists of a concert theatre featuring musical, theatrical and operatic performances, formal landscaped gardens and luxury restaurants. It has seen many famous world-renowned names perform here. If on an Oman vacation, the season extends from September to May. 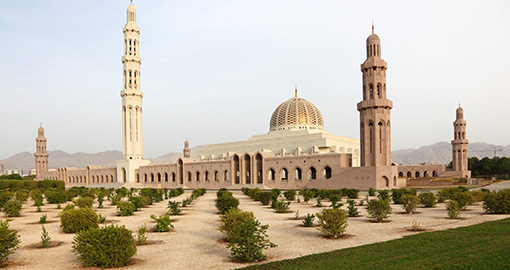 It was commissioned in 2001 by Sultan Qaboos to commemorate his reign of 30 years and is built in a modern Islamic style. With its minarets, large golden dome, arches, engraved walls, decorated interior, unique lamps and central crystal chandelier, the mosque is an absolute architectural wonder. It boasts one of the world’s largest chandeliers as well as the second-largest Persian carpet in the world which took 600 women four years to weave. The main prayer hall is elaborate and can accommodate 20,000 worshippers. 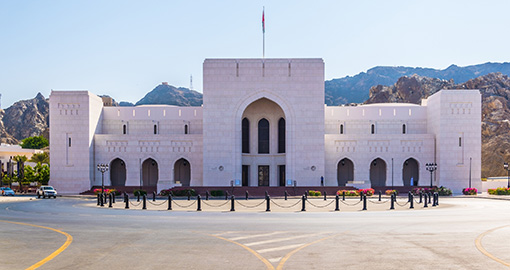 This opened a showcase for Omani heritage. Its several galleries cover the history and culture of Oman, along with big electronic monitors that bring the exhibited crafts to life. The galleries inside the museum are divided as follows: Oman and the World, Intangible Heritage, The Land and the People, Maritime History, Prehistory and Ancient History, Splendours of Islam, Arms and Armour, Currency, and more.

Bait Al Zubair is a cultural foundation that started initially as a private museum that opened to the public in 1998. It is funded by its founders, the Zubair family. It displays the family’s collection of Omani artefacts that spans a number of centuries and is considered to be one of the finest that is privately owned. The complex consists of five separate buildings as well as a garden, a café and a gift shop. The buildings themselves are as much part of the collection as are the thousands of items on display. This is a museum to be enjoyed on an Oman vacation with its extensive collection of ancient weapons, household articles and costumes (most of which are from the owner's private collection). Outside the museum is a full-scale Omani village and souk. 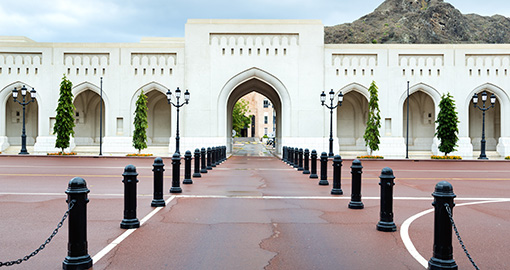 This palace, one of six royal residences of the ruling monarch, Sultan Qaboos and is located in Old Muscat. With a history of over 200 years, it was rebuilt as a royal residence in 1972 in contemporary Islamic design. The inner grounds of the palace remain off-limits but visitors are permitted to stop near the gates and take photographs. The Palace is used for official functions and for receiving distinguished visitors. Although primarily a ceremonial palace, there is a guest villa with its own pool, spa and walled gardens. 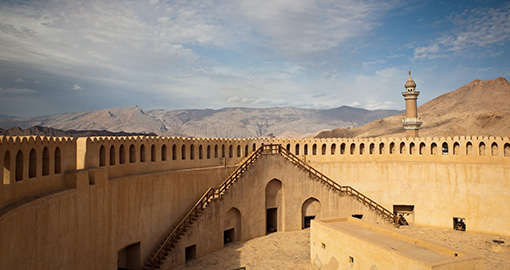 This fort was built in the 17th Century, took 12 years to finish and is Oman’s most visited national monument on Oman tours. It is a symbol of Oman’s significance through turbulent periods in its long history. The main part of the fort is its enormous drum-like tower that rises 30 metres/98 feet above the ground. Designed to withstand fierce barrages of mortar fire, there are 24 openings all around the top of the tower for this. Two cannons guard the entrance to the fort which opens into a maze of rooms, high-ceilinged halls, doorways, terraces, narrow staircases and corridors. Four cannons remain on the tower's top. They provided complete 360-degree coverage of the countryside around making it virtually impossible for a surprise attack on the fort without provoking a reply from the cannons. 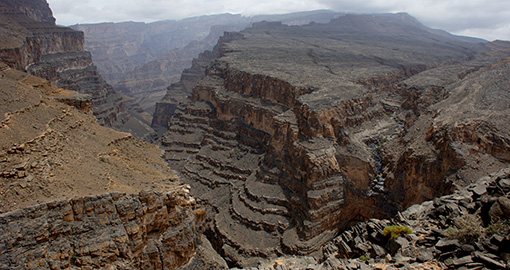 Jebel Shams, also known as the Mountain of Sun, is an impressive mountain in the Al Hajar range. It is the highest mountain in the country and it is believed to be the first point where the sun rises, hence its name. The mountain has hiking trails, as well as spectacular views of the region from its summit. There is a good view of the deep Wadi Ghul, known locally as the Grand Canyon of Arabia. 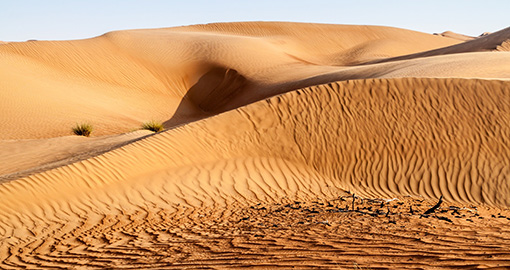 These are beautiful sand dunes, referred to locally as Wahiba Sands. The Sand colours range from red to brown as far as the eye can see. Home to the Bedouins, the sands offer the visitor a glimpse of a traditional way of nomadic life that is disappearing. They are a good place when visiting Oman to interact with Omani women whose Bedouin lifestyle gives them a more visible social role. Despite their elaborate costumes with peaked masks and an abaya (full-length robe) of gauze, they are accomplished drivers, often coming to the rescue of tourists stuck in the sand. They are also skilful craftspeople and sell colourful woollen key rings and camel bags at some of the camps. You can stay at a desert camp overnight here and enjoy the magnificent night sky.

The Ad Dimaniyat Islands lie 18 kilometres/11 miles off the coast and are a UNESCO-protected area in Oman due to the abundance of marine life and migratory birds. They are home to a large number of sea turtles that lay their eggs and nest there. The nine islands are inhabited and perfect for diving and snorkelling among the coral reefs. The white sand beach and pristine blue waters are outstandingly beautiful.