Latvia: Things to do

Every country has its outstanding and special attractions. Goway has selected its Top 8 Things to do in Latvia (not in any particular order) for you to enjoy on your visit to this destination. 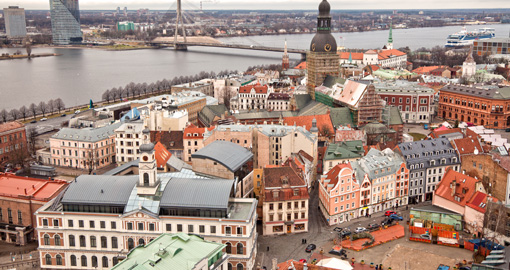 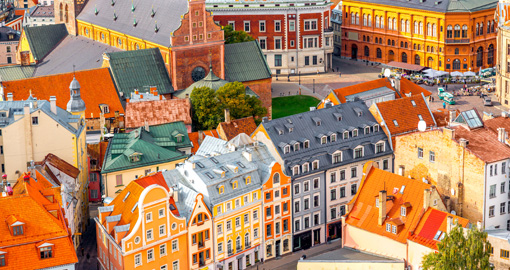 Riga has a history going back 800 years. This is reflected in the architecture in the old part of the city as well as its main avenues with their over 750 Art Nouveau-style buildings, many decorated with bare-breasted goddesses and mythological beasts. Old Riga contains historic buildings, many churches and cobblestone streets to be enjoyed on a Latvia vacation. Acknowledging the present, there is a good selection of cafes and beer gardens. The Rīga Art Nouveau Museum is a showcase for the city's art treasures. The Oriental section features beautiful Chinese and Japanese ceramics and an Egyptian mummy, but the main halls are devoted to Western art. Stop at Alberta Iela 2a, constructed in 1906, with its serene faces with chevalier helmets standing guard on top of the façade plus a nest of slithering snakes. The vast Rīga Central Market provides an interesting experience with its lively atmosphere. It is one of the largest markets in Europe housed in five Zeppelin-like hangars selling fish, meat, fresh fruit and vegetables. 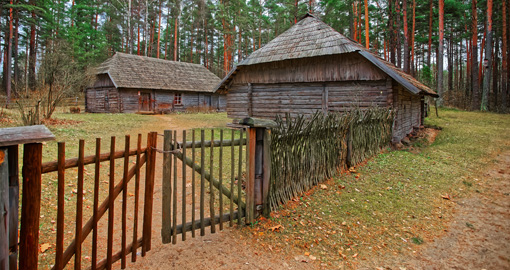 This is one of the oldest and largest open-air museums in Europe and is just outside Riga. This museum is unique when compared to similar museums as it began to collect its exhibits before World War ll and many of its exhibition objects are in very good condition. There are 118 historical buildings originally constructed between the 17th Century and the 1930’s representing all parts of Latvia. There are traditional farmsteads and dwelling houses of farmers, craftsmen and fishermen showing how people used to live in the various historical regions of the country. You can see artisans at work making pottery, weaving baskets, making honey or forging coins or participate in traditional games the Latvians of old used to play. 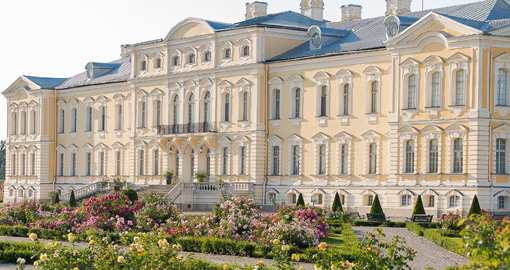 This palace was completed in the mid 18th Century. It is one of the major tourist destinations in Latvia. It is also used for the accommodation of VIP guests such as leaders of foreign nations. The palace and the surrounding gardens are now a museum. You can visit the Gilt Hall, the White Hall and the Great Gallery. The museum features applied and fine art and historical exhibits. The adjoining park is French in style and has a rose garden, ornamental terraces and fountains. In the summer, the park is used for music festivals. In front of the palace, are three fountains designed by Rastrelli. 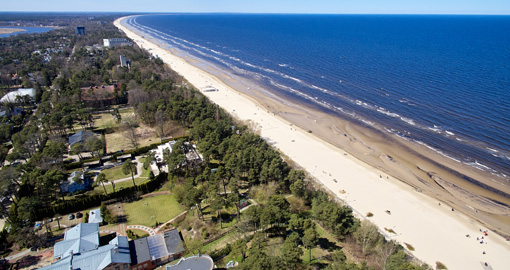 Jurmala is about 25 kilometres/16 miles west of Riga. It is a resort town with a 33 kilometre/21 mile stretch of white-sand beach. It was once a favourite resort for high-level Communist Party officials, particularly Leonid Brezhnev and Nikita Khrushchev. These days, wealthy fashionable people worship the sun between spa treatments. However, unlike many European resort towns, most of Jurmala’s restaurants and hotels are several blocks away from the beach, which keeps the seashore pure on a Latvia vacation. One aspect of interest in Jurmala are the wooden houses, each unique in shape and decor dating from the 19th and first half of the 20th Centuries. The architecture is represented in classical, national romantic and modern styles. The town has an official list of 414 historical buildings under protection, as well as over 4,000 wooden structures. 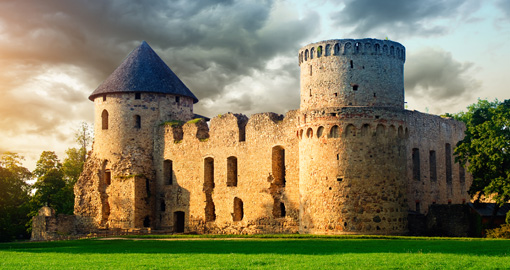 With its stunning medieval castle, cobbled streets, green hills and landscaped gardens, Cesis is the most attractive small town in Latvia. It also has history. This is reflected in its two castles in one. The first is the dark-stone towers of the old Wenden castle founded in 1214. The other is the more cheerful castle-like 18th Century manor house once inhabited by a dynasty of German Counts. It houses a museum that features original fin-de-siecle interiors. 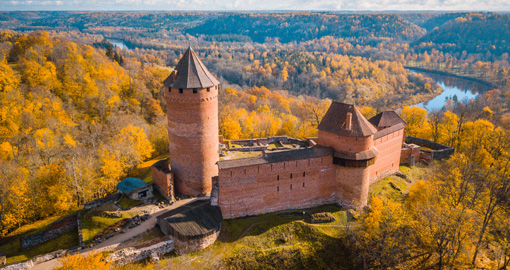 Sigulda is 53 kilometres/33 miles from Riga and is situated in the picturesque Gauja River Valley. It has become, known as the “Switzerland of Latvia”. The scenery has inspired artists and poets from the past due to its beautiful landscapes. It is also Latvia’s top destination for adventure activities as well as for hiking and biking. The annual Summer Solstice Ceremony is held here every June 21 and the Sigulda Opera Festival is held here in late June. The nearby Turaida Museum Reserve has fabulous views over the valley and the river and is full of archaeological and historical monuments. It is home to the impressive Turaida Castle which dates back to 1214. 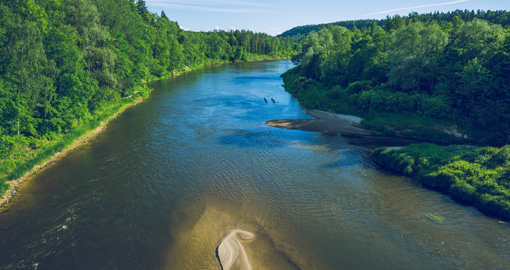 The Gauja National Park is the largest national park in Latvia running from north-east of Sigulda to south-west of Cesis along the valley of the Gauja River. With a diverse range of flora and fauna, it boasts near-pristine forested wilderness and is ideal for exploring by bike and on foot. It was established in order to protect slightly disturbed natural areas, promote nature tourism and ensure sustainable development in the area. In the park are almost 900 plant species plus 149 bird and 48 mammal species. Additionally, there are over 500 monuments of history and culture. These include hill forts, stone castles, churches, manors, water and windmills, as well as other archaeological, architectural and art monuments. 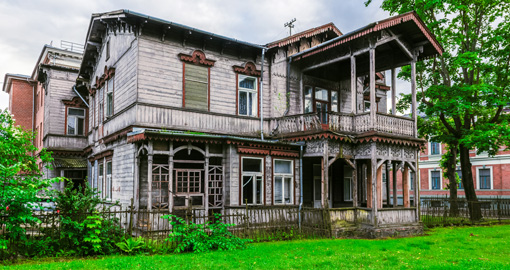 Liepaja is located on Latvia's Baltic coast and is the country’s third-largest city. The centre is full of old, beautiful wooden buildings with their diverse architecture and cobblestone streets. Two other parts of Liepaja of interest are Seaside Park with its white sandy beaches which are unspoiled with white and soft sand and the suburb of Karosta, a former secret military encampment but now a major tourist attraction with great beaches. Liepaja is also known as the capital Latvian city of music. It is a major centre for culture and education. 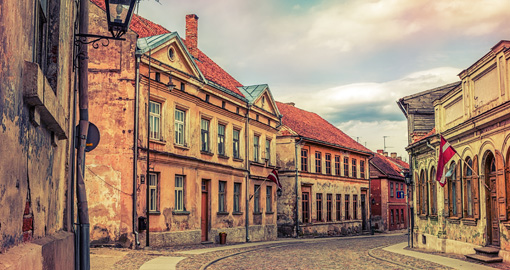 Kuldīga is an ancient town with unique and distinctive architecture. The Aleksupīte River flows directly along the walls of many of the buildings which is why Kuldīga has been called the “Venice of Latvia”. St Catherine's Church, originally built in 1252, was remodelled a number of times. However, it was built with baroque-style wood carvings on the altar. The nearby Venta waterfall is the widest waterfall in Europe with a width of 240 metres/780 feet. This naturally formed waterfall is associated with a number of legends and historic events. The Venta brick bridge, built in 1874, is the longest road bridge in Europe. A “Race of the Naked” over the bridge has become an annual tradition on Midsummer Eve. The town is richly sprinkled with public art, particularly by local artist Livija Rezevska, possibly the only woman in the world to create an entire sculpture park. One of the largest buildings in Kuldiga is the Jewish synagogue, built during the reign of the Czar Alexander II and was the centre of a vibrant Jewish community.