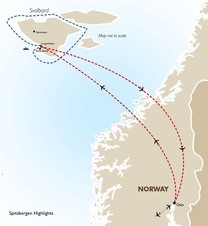 Our Arctic and Antarctica Tours

When you think about the Arctic and the Antarctic, it’s true you will probably conjure up visions of ice and snow and perhaps the rigid ordeals experience by early explorers. However, today both regions are very accessible and in comfort, more than likely on a cruise. What is in store for the visitor is two worlds of outstanding natural beauty and the opportunity to view amazing wildlife who make these regions their home.

If you're looking for a unique experience that will surprise your family and friends, whilst making them incredibly jealous, an Arctic or Antarctic trip should be added to your bucket list. Looking for more information? Click 'More details' to keep reading about both regions.

Antarctica Quicklinks: About Antarctica | Best time to go | What animals will I see? | Best way to see Antarctica

The Arctic has to be one of the most intriguing regions on Earth. Starting with the wildlife, the Arctic is bursting with marine and bird life. There are several species of seal and four types of whale. Other animals to be found on Arctic trips include polar bears, walrus, sea otters, sharks, wolverines, Arctic foxes, Arctic wolves, reindeer and caribou. All these animals have adapted to severe local conditions. Another attraction is the friendly inhabitants and communities who call the Arctic, home. 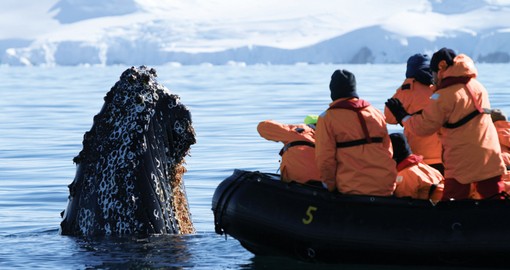 One thing is certain about Arctic tours. The scenery will take your breath away. The strikingly beautiful Arctic landscapes are made up of luminous icebergs, massive glaciers, ice fields, snow-capped mountains and tundra. The last-named allows the opportunity to see flowers and plants indigenous to the Arctic. A real treat is to be fortunate enough to enjoy the enigmatic Northern Lights (also known as the Aurora Borealis), sweeping across the sky. This phenomenon can usually only be seen in the late fall and winter months.

Which countries are a part of the Arctic?

Iceland, Greenland and Norway (Spitsbergen) are the major destinations offered by Goway.

What is the best way to enjoy the Arctic?

Because of the short visiting season influenced by the weather, departures to this wonderland are limited and because of the expansive area this region of the world covers, the very best way to enjoy this region is on Arctic cruises sailing in a comfortable ship specially equipped to manoeuvre around the terrain giving maximum exposure to the region.

Our recommend trip to see the best of the Arctic

In Goway’s Arctic, there are cruises which, on one journey, visit Iceland, Greenland and Spitsbergen. Consider joining a Polar Bear Safari on board a comfortable ship travelling to amazing fjords, glaciers and inlets around Spitsbergen and allowing for exceptional wildlife viewing as well as an abundance of bird life. And you are guaranteed to view polar bears in their natural habitat. Perhaps the idea of reaching the Arctic Pole is a wish-list item. Goway offers a two-week itinerary with a flight from Helsinki to Murmansk in Russia where you will sail on an icebreaker all the way to the ultimate northern point on earth with awesome scenery en route.on your Arctic cruise.

You might think of the Antarctic as one immense landmass made up solely of ice. This is far from the truth. Antarctica is a land of extremes and has been described as “the last great wilderness”. It is a continent which is occupied by ice, snow and glaciers but there are also active volcanoes, (Mount Erebus is the southernmost active volcano on Earth), sheer cliffs with jagged peaks and ancient settlements, all to be experienced in the Antarctic trips. It is the World’s 5th largest continent and the windiest, coldest and driest. The air here is clean, clear and refreshing. There are no permanent human residents in Antarctica but you will find a number of research stations here operated by many different countries.

When is the best time to go to Antarctica?

Antarctica is accessible only in the summer season from November to March when sea ice melts enough to allow access. During this time, temperatures can rise to as much as 12 degrees Centigrade/57 degrees Fahrenheit with 24 hours of daylight.

What wildlife can I see in Antarctica?

Animal life that can be seen in the Antarctic region includes the ubiquitous penguin of which there are 8 different species in existence here, the larger ones being the emperor penguin and the king penguin. There are also whales and seals including the elephant seal. There is abundant birdlife which includes the albatross, gulls and terns among numerous other sea birds.

What is the best way to travel to Antarctica?

Once again, just as in the Arctic, the best way to discover this region is on an Antarctic cruise. Goway offers this starting from both Punta Arenas in Chile and Ushuaia in Argentina. On arrival at the Antarctic landmass, you can go ashore and walk/hike as well as climb the slopes of the coastal mountains. For something different, a cruise is also offered to combine Antarctica with the islands of the Falklands and South Georgia.

Get to Know Antarctic Wildlife Up Close