Things to do in Slovenia

Every country has its outstanding and special attractions. Goway has selected its Top 9 Things To Do in Slovenia (not in any particular order) for you to enjoy on your visit to this destination. 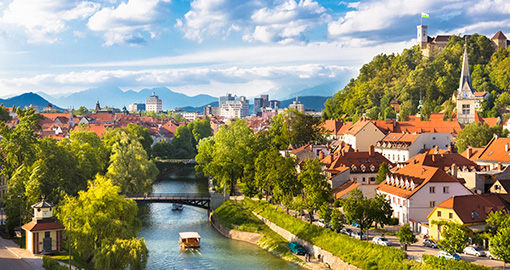 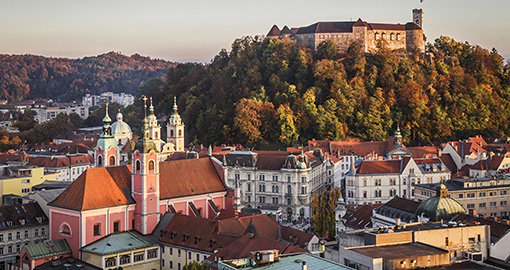 Ljubljana Castle sits on top of a hill in the centre of the city and dominates the skyline. It literally seems to hang over the city centre and is highly visible from almost everywhere. To access the castle on a Slovenia vacation, you can take the funicular from the old town or one of the three main walking routes. Once on the top of the hill, you will have fantastic panoramic views of Ljubljana. Originally a medieval fortress, the castle dates back to the 16th Century although the majority of the buildings date back to the 16th and 17th Centuries. In the castle itself, there is a watchtower, a chapel, an interesting exhibition on Slovenian history, a Time Machine tour, a puppet theatre, and two restaurants. 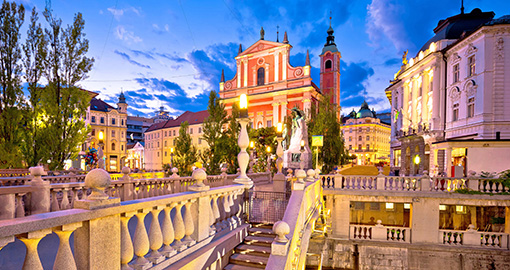 The Ljubljanica River cuts right through the centre of the city centre. It has a charming character, mainly due to the tree-lined banks which have numerous open-air terraced restaurants and cafes where both locals and visitors alike can relax and enjoy the beauty of their surroundings. In the evening, it really comes to life. The river is enhanced by a number of very unique and attractive bridges that straddle the river. The Triple Bridge consists of three separate picturesque bridges located next to one another. The Dragon Bridge is guarded by four dragon statues from the city’s coat-of-arms. There are several other bridges all equally different. 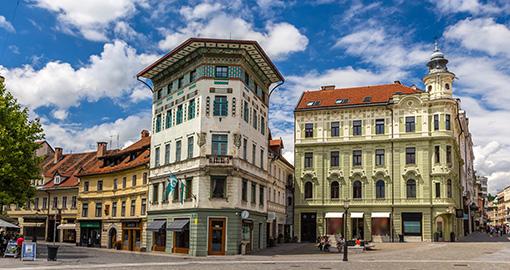 This square is the heart of Ljubljana and is one of the city’s most important landmarks on a Slovenia vacation. It is named after Slovenia’s national poet France Preseren (1800-1849). It is a popular meeting place and a site for concerts and events during the summer. The squares' Preseren Monument depicts the greatest Slovenian poet and the muse of poetry holds a spring of laurel above his head. The poet's statue is symbolically faced by the statue of Julija Primic, his great love, mounted on the facade of a building located across the square. There are some interesting buildings in the square including the beautiful Art Nouveau Urbanc House, an extraordinary piece of early 20th Century flamboyance. Another similar example is Hauptman House. The Mayer Palace has now been converted into a department store. 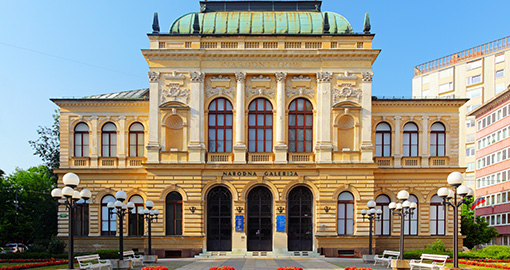 The National Gallery is Slovenia's foremost museum of historical art, and contains the country's largest collection of fine art from the Middle Ages to the 20th Century. It also houses a permanent exhibition of works by Zoran Music (1909–2005), one of Europe's leading modernist painters. The gallery is divided into sections according to historical periods with around 600 works by Slovenian and European artists.

This is a museum dedicated to the history of Ljubljana and its inhabitants from 4500 BC to the modern day. Several archaeological excavations have taken place right on the site of the museum itself. Excavations were conducted between 2000 and 2003 during renovations under the direction of the City Museum curator. These revealed many historical artifacts from several eras including the Roman period, the Late Medieval period and the Early Modern periods. Of note were two graves of warriors that were discovered from early Roman times.

One unusual neighbourhood in Ljubljana is called Metelkova City, a former military barracks. The best way to describe this is to compare it to the San Francisco neighbourhood of Haight and Ashbury. It is a self-declared area (a town within a city) for what you might term alternative youth culture, consisting of street art, bars, and clubs. It is fun to walk around as the walls are covered by urban street art and bizarre buildings. It is a place for everyone where artists, designers, hippies and students hang out together. The creative ambience creates a relaxed atmosphere where no one cares what you look like or where you are from. Basically, it’s an experience on Slovenia tours. You can also visit two bona fide cultural centres here, the Museum of Contemporary Art and the National Museum of Slovenia. 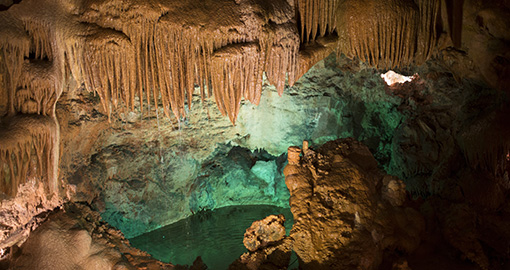 The Postojna Cave system is the most popular attraction on a Slovenia vacation and the most visited cave in Europe. It is easy to see why as it is an amazing natural phenomenon. The caves are located about a 40-minute journey from Ljubljana. The cave itself is 20 kilometres/12.5 miles long. You begin with a 2 kilometres/1.2-mile ride on an open carriage miniature train into the caves. During your ride, you see stunning stalactites, stalagmites and other incredible geological formations as well as wildlife such as the salamander-like animal that lives only in these specific caves. There are also many different kinds of insects and other amphibians that are unique to cave environments. A tour includes a walk of about 1 kilometre/.6 miles through a fantastic web of tunnels, passages, galleries and halls. Not to be missed. 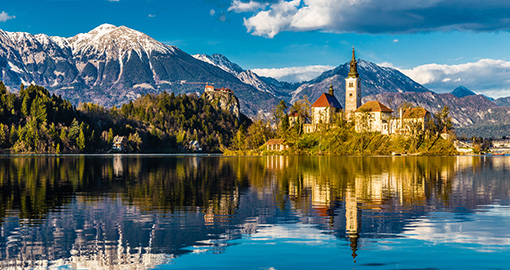 Lake Bled is a beautiful emerald-green lake with a pretty church on an islet, a medieval castle that clings to a rocky cliff and some of the highest peaks of the Julian Alps in the background. It is Slovenia's most popular resort for simply enjoying the scenery or rent a boat and for more active pursuits such as hiking, biking and watersports. The lake, measures 2 kilometres/ 1.2 miles by 1.4 kilometres/.9 miles. It is possible to take a 6 kilometre/3.6 mile walk along the shore. Bled Island in the middle of the lake contains the Church of the Assumption and a small museum. Traditional wooden boats called pletnas, have been taking visitors to the island in the middle of the lake for centuries. These boats are operated by standing rowers known as pletnars. 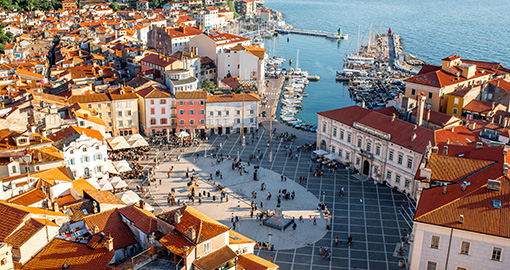 Picturesque Piran is Slovenia’s major seaside resort on the Adriatic Coast sitting on a peninsula. The sea surrounds most of the centre of Piran. Reminiscent of Dubrovnik, it has its city walls from which you can see the Old Town. This is one of the best-preserved historical towns on the Adriatic due to its Venetian Gothic architecture and its atmospheric winding alleyways. One of Piran’s most outstanding buildings is the red mid-15th Century Gothic Venetian House. Another is the Cathedral of St. George, built in the baroque style in the 17th Century. In the interior is a silver-plated St. George slaying the dragon and a wooden model of the original church from 1595. Tartini Square, the largest in the city, sits close to the waterfront. It is paved with marble and is surrounded by elegant 19th Century buildings. Here, on a Slovenia vacation, you can relax at one of the outdoor cafes and watch the locals go about their daily lives. Piran is known for its sunsets which are magnificent.